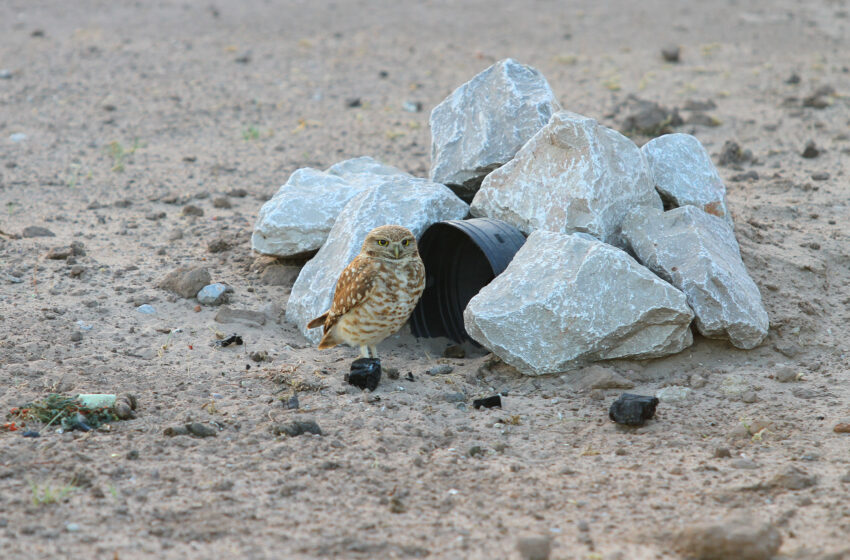 It has been more than a year since El Paso Water swooped in to help build a home for a pair of burrowing owls during the construction of a stormwater improvement project at Thomas Manor Park Pond.

The habitat built in the spring of 2019 proved to be successful. The pair immediately moved in, just in time for mating season, and several owlets were born.

In a sad turn of events, it was discovered that two of the owls were killed at Thomas Manor Park Pond in July.

“I was outraged to learn that they were shot,” said Lois Balin, Urban Wildlife Biologist for Texas Parks and Wildlife Department (TPWD). “This is the first time I can recall that there was malicious intent.”

Balin took the owls to the El Paso Zoo for a tissue analysis and X-rays that found they were hit with pellets.

The El Paso County Game Warden was contacted and questioned residents in the area. Gustavo Armas, Jr., Game Warden, said there was not sufficient evidence to issue a citation.

“I think our presence in the neighborhood was enough to caution residents,” Armas said.

The harming or killing of an owl is a Class C misdemeanor in Texas that can result in a $500 fine and civil penalties of $1,929.50 per bird. Armas said the birds are protected by the federal government. Texas Parks & Wildlife could seek federal charges.

The burrowing owls are a species native to the Chihuahuan Desert and found in areas of open land, such as prairies, grasslands, and desert.

“We have owls year-round in El Paso because it does not get very cold here,” Balin said.

Despite their choice to stay in the region, the owls are considered a Species of Greatest Conservation Need, which is a classification the state gives a declining species, according to TPWD.

“The owls are disappearing in our area because of development of the desert,” Balin said. “Their natural habitat is being lost.

After the habitat was completed at Thomas Manor Park Pond, Balin said she would frequently get updates and photos of the owls from crew members working on the site.

The owls live on the ground, using their long legs to dig and create burrows. They feed on invertebrates like crickets, cockroaches, scorpions, centipedes, and other rodents.

“Some people do not realize how lucky we are to have these owls in El Paso,” Balin said. “They are valuable to our environment.”

The birds are only found in the western part of the country. Visitors come from all over the world to see burrowing owls,” Balin said.

To protect the owls, Balin advises to respect and observe them from a distance. If an owl is found injured or in distress, or if you see someone attempting to harm them, the Texas Parks and Wildlife Department should be contacted at (915) 834-7050.

“The owls do not want to harm people,” Balin said. “We need to treasure them.”