Host Rick Isaias brings you the latest information from around the city, including: • Approval of Tax Increment Reinvestment Zones • Northgate Transit Center Opens • Be mindful of the heat • Free outdoor music all summer • Neon Desert success • Foster a pet • Zoo welcomes an addition to the family Visit the […]Read More

Artist duo The Swell Kids released their long-awaited debut, full-length album GOOD PROBLEMS: A Collection of Feelings on Tuesday. “This album is a reflection of what we have experienced transitioning from DJ’s to artists,” said The Swell Kids member Alexander Bejarano. “The producing process was fun to see an idea come to life by starting something […]Read More

Sunday night, El Paso’s own Khalid won MTV VMA’s Best New Artist Award. During his acceptance speech, he thanked his hometown saying “I gotta thank the City of El Paso for standing behind me…this isn’t (just) for me…this is for the city.” The past year has been a rocketship ride for the teen, with his album […]Read More

A quick list of all the events around the area, as well as those offices and organizations that will be closed Memorial Day, Monday May 29th. We’ve also included the various events throughout the Borderland that are scheduled during the Memorial Day Weekend, thanks to our partners over at the El Paso Scene.  For a […]Read More

Host Rick Isaias brings you this edition of YC5, with all the information on: · Take a Daycation in El Paso – new City of El Paso campaign · Economic impact of Neon Desert Music Festival · Music Under the Stars announces summer line-up · Chime in on the City’s budget for the upcoming fiscal […]Read More

The bass boomed in the distance, as a swarm of high-waisted cut off shorts raced against the Franklin traffic light timer. The sun was gentle, the breeze faint, and the vibes of thousands of dancing souls in the distance emanated through the halls of downtown El Paso. It was a ripe time for festival junkies. […]Read More 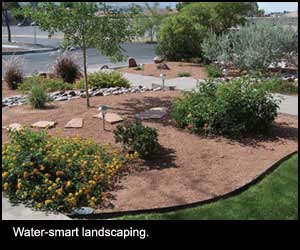 El Pasoans to be Recognized for Embracing Water Conservation