EPSO’s The Painted Violins to debut at reception honoring Artists

The El Paso Symphony Orchestra (EPSO) is set to celebrate its 90th Anniversary Season with the Emerald Affair on Friday, September 10 at Grace Gardens.

During the event, more than 30 beautifully painted violins by El Paso and surrounding area artists, including EPSO’s music director Bohuslav Rattay, will be auctioned.   The evening will trace EPSO’s 90-year history and include dinner and entertainment.

However, ahead of the September event, the violins will debut at a reception honoring the artists on Thursday, July 1, 2021 from 5:00 to 7:30pm at the International Museum of Art, located at 1211 Montana Avenue.

Organizers say the reception is free and open to the public.  After their debut, the International Museum of Art will host the violin exhibit from June 18 to July 4.

“Throughout the 2021-2022 season, audience members will be inspired by music from celebrated composers performed by EPSO’s dynamic conductor Bohuslav Rattay, along with the finest gifted musicians in this region.”

Additionally, the 90th anniversary will bring our arts community together through varied collaborations with El Paso Opera, El Paso Pro-Musica, and the University of Texas at El Paso Music Department and Choral Union.

The concert season opens September 24-25, 2021 with masterpieces by Gershwin and Ravel.  It will feature America’s pianist and Gershwin master, Kevin Cole.

The October 22 and 23 concerts will showcase the world premiere piece of a 23-minute cantata by Jorge Martin that pays tribute to the victims and survivors of the August 3, 2019 attack in El Paso.  The piece is commissioned by Communities for Peace; a historic partnership of El Paso Opera, El Paso Pro-Musica, EPSO and the University of Texas at El Paso Music Department.

Home for the Holidays will be the theme of the December 3 and 4 concerts.  EPSO will perform John Williams’ Home Alone Suite and Handel’s “Hallelujah Chorus” from the Messiah, with audience participation, among many other holiday favorites.

EPSO will ring the new year with its annual collaboration with El Paso Pro-Musica on January 21 and 22, 2022.  EPSO will be joined by Grammy award-winning cellist Zuill Bailey and violinist Chee-Yun Kim performing Brahms Double Concerto for Violin and Cello.

On February 18 and 19, EPSO will collaborate with the UTEP Choral Union to present Beethoven’s Symphony No. 9 “Ode to Joy.”

The season will conclude on April 22 and 23 with Rachmaninoff’s Concerto for Piano No. 3, performed by pianist Natasha Paremski, and will culminate with Respighi’s Pines of Rome, highlighting our orchestra.

The El Paso Symphony Orchestra is presented with the support of the City of El Paso Museums and Cultural Affairs, the Texas Commission on the Arts and the National Endowment for the Arts. 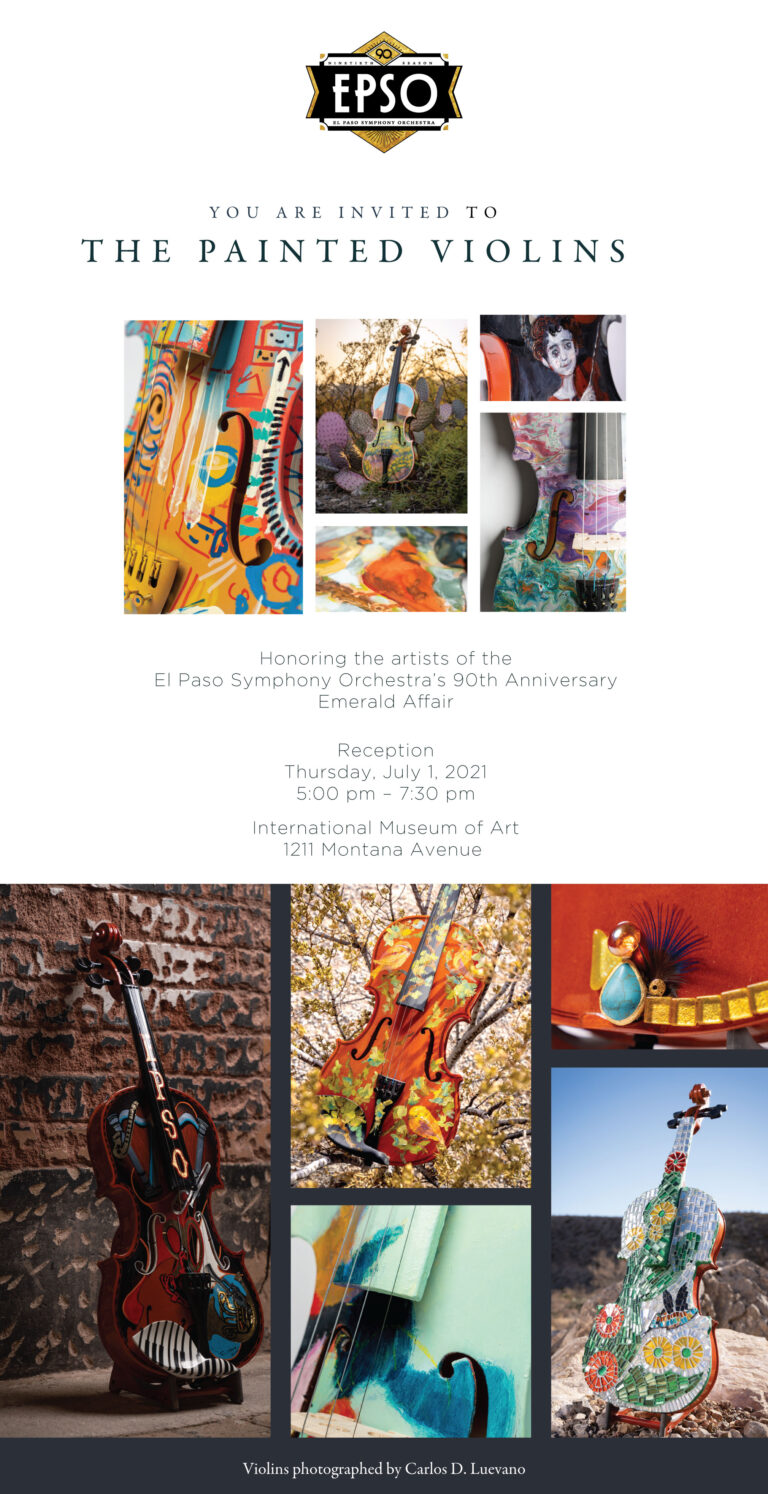