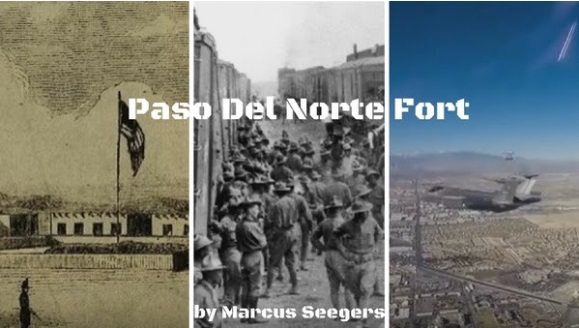 The origins of Fort Bliss also known as the Paso Del Norte Fort date back to the Mexican American War in the 1840’s. As the U.S. tried to establish law and order along the Texas border the military installation was created in El Paso. Since then it has not only grown tremendously but was forced to move to different locations throughout El Paso.
It is one of the oldest post in the Army and has survived weather related disasters, economic hardship, and war. Find out more about Fort Bliss history, it’s significant links to El Paso and the evolution of the post in this latest and final video of Only In El Paso, season three.
Produced by Marcus Seegers
**
Only In El Paso, launched in the summer of 2014 with 10 digital videos sharing stories of people and places you can experience only in El Paso. Each episode tells a unique and positive story about someone or something that can be experienced Only In El Paso. Local filmmakers and topics are selected through a competitive process.
Now in its third season, KCOS is excited to share even more stories of local history, culture, arts, and personalities of our region
* The Architecture of Trost
* El Paso’s Star
* Mud People: The Tigua Tribe from the   Pueblo of Ysleta del Sur
* What El Paso Means to Me
* El Paso Boots
* Jennifer Han: El Paso’s Sweetheart
* Cleofas Calleros
* Matachines en San Lorenzo
* Underestimated: Koreans in El Paso
* Paso Del Norte Fort
Tags: fort bliss only in el paso