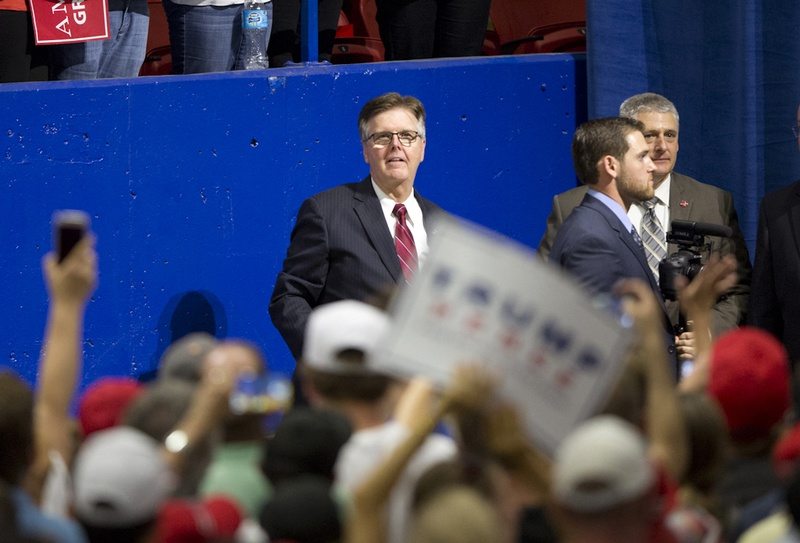 Lt. Gov. Dan Patrick said Wednesday that a Texas Republican elector’s decision not to vote for Donald Trump may lead state legislators to pass a law requiring electors to support the winner of the statewide popular vote.

Lt. Gov. Dan Patrick said Wednesday that a Texas Republican elector’s decision not to vote for Donald Trump may lead state legislators to pass a law requiring electors to support the winner of the statewide popular vote.

Christopher Suprun, an elector from Dallas, announced Monday that he will not cast his ballot for Trump, the president-elect, when Texas’ electors meet Dec. 19 in Austin. In a radio interview, Patrick called Suprun’s decision a “slap across the face” to the voters who helped Trump beat Democratic rival Hillary Clinton by nine points in Texas, handing him the state’s 38 electoral votes.

“This is the type of action by an individual that will probably prompt us in the upcoming session to look at passing a law, as 29 other states have done … that says their electors must follow the will of the people,” said Patrick, who chaired Trump’s campaign in Texas. “We thought that people in Texas here who run for elector would keep their word.”

Hours after Patrick’s remarks, Gov. Greg Abbott endorsed the idea of an elector-binding law, tweeting that it “must be done as part of” the state’s efforts to ensure the integrity of elections.

In 29 states, electors must by law vote for the winner of the statewide popular vote, according to FairVote, a nonpartisan election research group. Texas electors signed pledges earlier this year at the state GOP convention promising to vote for their party’s nominee, but the documents are not legally binding.

“It’s [Suprun’s] action that may make Texas the 30th state to pass a law,” Patrick told radio host Chris Salcedo. “We’ll have to look at that and see what the members want to do in the upcoming session.”