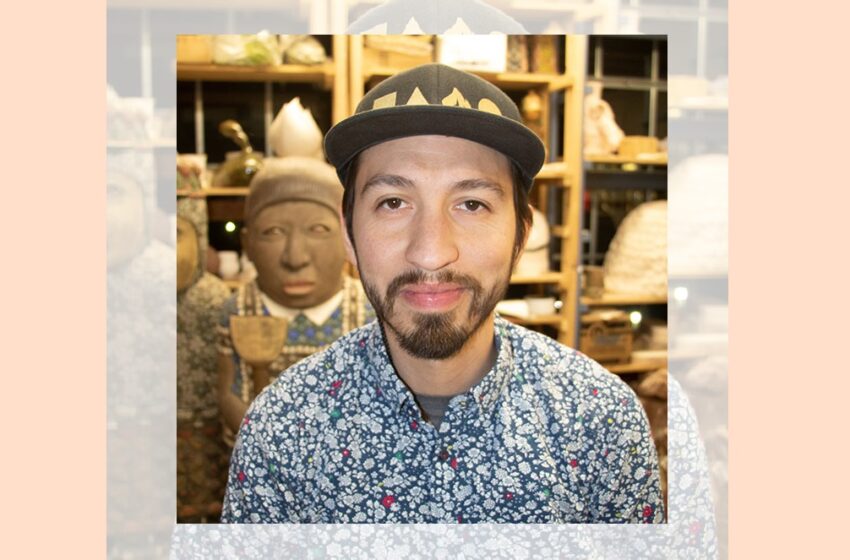 Producers of the PBS series “Craft in America” selected El Paso native George Rodriguez, a sculptor and ceramic artist who learned the basics of his craft at The University of Texas at El Paso, to be part of its “Storytellers” episode that will be broadcast Dec. 11, 2020. | Photo courtesy UTEP

Producers of the PBS series “Craft in America” selected a sculptor and ceramic artist who learned the basics of his craft at The University of Texas at El Paso to be part of its “Storytellers” episode.

The ‘Craft in America’ that will be broadcast December 11, features El Paso native George Rodriguez, who earned his Bachelor of Fine Arts degree from UTEP in 2006, is considered among the best artists of his genre.

One of his trademarks is a series of oversized ceramic figurines based on marginalized minority groups. He uses them, as well as his other art, to touch on social, cultural and political issues that minorities face.

Rodriguez said he was excited to be part of this PBS episode that focused on artists who communicate personal stories and universal truths through their art. He spent part of his segment talking about how his El Paso roots influenced his work. This opportunity meshed with his desire to start a dialogue among people who experience his work to build a sense of unity.

“What I’m really trying to do is make sculptural work that is inclusive to the audience in the community where it is being shown,” Rodriguez said.

The presentation coincides with the Craft in America Center’s “Democracy 2020: Craft & the Election,” which is open virtually through Jan. 2, 2021.

Carol Sauvion, creator of the “Craft in America” series, said she asked Rodriguez to participate because of his use of sculpture to tell stories about world cultures. She called him a “rising star” in the craft world. Crews shot his segments during the summer of 2020 in his Seattle, Washington, studio.

“(Rodriguez) combines his formidable talent, his social practice and his kind nature to embody the best artistic intentions,” said Sauvion, who also mentioned his rich multicultural roots and willingness to share his knowledge. “He is an ambassador for diversity.”

Rodriguez grew up in a bicultural family that often would visit relatives in El Paso’s sister city, Juárez, Mexico. After spending the initial years of his life in a home near the El Paso County Coliseum, the family moved to the Lower Valley. He graduated from Del Valle High School in 2001.

He had dabbled in drawing since he was young, but it was not until he arrived at UTEP that his passion for art grew. The first-generation college student initially took graphic arts courses, but his interest soon turned to ceramics.

Vince Burke, associate professor of art and head of the ceramics program, said he was struck immediately by Rodriguez’s natural ability as an artist.

“His work was arresting, layered and complex, and was uniquely his own,” Burke said. “His (artistic) voice was already very strong, even as an undergraduate.”

After UTEP, Rodriguez earned his MFA in ceramics from the University of Washington and decided to stay in Seattle. He has earned numerous awards to include the 2019 Emerging Artist Award from the National Council on Education for the Ceramic Arts and the 2016 Museum of Northwest Art Luminaries: Patti Warashina Award for Emerging Artists. His art, which has been shown in museums around the country, is on permanent display at the National Mexican Museum of Art in Chicago, Illinois.

In his position as artist in residence at Temple University’s Tyler School of Art and Architecture in Philadelphia, Pennsylvania, Rodriguez was able to work with Burke to develop “Handle with Care,” a virtual ceramics partnership between advanced ceramics classes at both institutions where participants exchange personally created ceramic cups through the postal service and “meet” the other person virtually or by phone to learn about the person and their culture.

Rodriguez’s partner was Andrew Hernandez, a UTEP senior art major with a concentration in printmaking and a minor in ceramics. The artist said the two talked about family, growing up in El Paso and graduate school options.

Hernandez said that he was intrigued by Rodriguez’s accomplishments and motivated by the artist’s figurative and spiritually inspired works, and his ability to personalize projects that are unique, but also familiar from a regional perspective.

“We are lucky to have artists like George creating and teaching contemporary ceramics to his students around the country and representing UTEP and El Paso,” Hernandez said.

Rodriguez lauded UTEP for its role in his success. He said the University provided him with mentors and a studio where he could work on his ideas. The artist particularly praised Burke who pushed him to explore the ceramics field at a national level and to investigate opportunities to grow as an artist.

That kind of encouragement led the artist to apply for and earn a 2009 Bonderman Travel Fellowship, which allowed him to visit 26 countries on three continents. He seeks to use his art to bridge his Chicano heritage with the civilizations and mythologies of Egypt, Peru, Taiwan, Thailand, Bolivia, Indonesia and Mongolia.

Burke said international audiences are drawn to Rodriguez’s work because of its beauty, humanity and vulnerability.

“Ultimately, George’s work is very positive and life-affirming, and I think we intuitively sense that and gravitate to his work because of this,” the professor said.

Kerry Doyle, director of the Stanlee and Gerald Rubin Center for the Visual Arts, has known Rodriguez for many years and helped him with his 2017 solo exhibit, “George Rodriguez: Where is Our Exile,” at the Rubin Center.

UTEP’s public art committee purchased Rodriguez’s sculpture, “An Altar,” which was part of the 2017 exhibit. It was installed earlier this year in the main lobby of the new Interdisciplinary Research Building near a picture window that overlooks Juárez.

“George Rodriguez is an excellent artist and craftsperson and in the top of his field,” Doyle said. “George’s figurative ceramic work arises directly from his lived experience here in El Paso, and engages directly with the political, social and cultural dimensions of immigrants, Mexican-Americans and other communities of color in the United States and beyond.”

Rodriguez said his latest project is to organize a multidisciplinary effort based on the zodiac constellations. He has partnered with Chicanx artists from around the country and one from Mexico who are different ages, at different stages of their careers, and specialize in different media. The goal is to complete the project around May 2021.