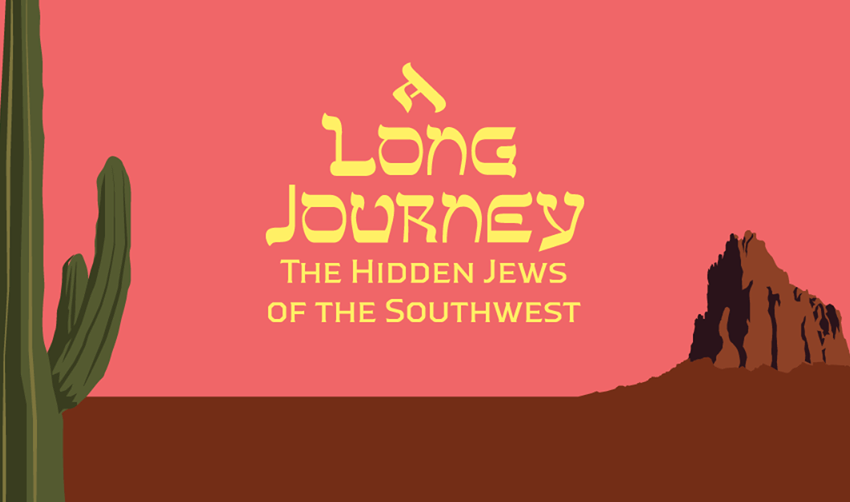 Their four hundred-year journey started with expulsion from Spain, continuing through Mexico with persecution by the Inquisition, finally settling in the American Southwest. The physical journeys of secret Jews – Conversos or Crypto-Jews – ended in colonial times, but their internal journeys continue to this day.

A one-hour documentary by award-winning director Isaac Artenstein and produced by Paula Amar Schwartz, the special brings to life the fascinating stories of contemporary of individuals whose secret was their hidden Jewish roots while living an outwardly Catholic life.

“A Long Journey is a story about self-awareness and reaffirmation, and a celebration of the richness and diversity of Jewish and Latino cultures in the American Southwest that I believe all audiences will find engaging,” said director Isaac Artenstein. “The Western frontier, is, after all, one of the most influential myths in American culture.”

Rabbi Stephen Leon of Congregation B’Nai Zion of El Paso is the author of The Third Commandment and the Return of the Anusim, in which he chronicles his work for over 30 years helping borderland residents identify their Jewish Sephardic roots. We journey with Rabbi Leon across the border to Ciudad Juarez, where he meets with and instructs residents of that border city seeking a return to Judaism.

Blanca Carrasco, from El Paso, TX, conducted her family research resulting in a genealogical book that demonstrated that her biological father, Israel Garza Salinas, was a direct descendant of pioneering Converso families that helped settle the city of Monterrey, Mexico. She’s moved by deep emotion when she reflects on the suffering and torture endured by her family at the hands of the Spanish Inquisition.

Bill Carvajal, the President of the Anusim Center in El Paso. Carvajal recalls how his grandfather told him as a child that “it wasn’t very popular or very safe to reveal a Jewish heritage.

Anusim refers to those who were forced to abandon Judaism against their will.

Viewers will learn about stories of forced expulsion, with journeys to Mexico, Southern Texas and Northern New Mexico; the reawakening of long-obscured Spanish-Jewish traditions, the resilience of faith and culture, and the eventual triumph of acceptance and respect over tyranny and intolerance.

These unique stories are set against magnificent natural and cultural landscapes, accompanied by an original score by acclaimed composer Mark Adler.

Tags: A Long Journey :The Hidden Jews of the Southwest