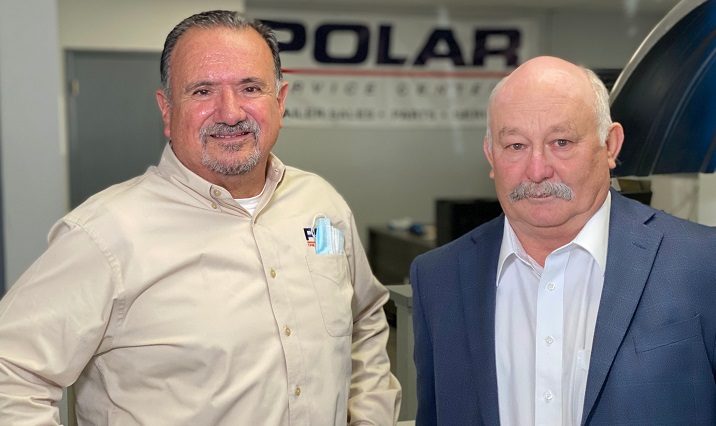 Officials with Polar, the nation’s largest provider of parts and repair services to trailers that move food, fuel and chemicals, say the new facility will create dozens of new jobs within the first two years.

According to EDC officials, Polar’s new service center at 491 Darrington Road, represents an $8 million investment in the fastest-growing community in the El Paso Borderplex.

“Polar’s significant investment in Horizon City will create about 36 new well-paying jobs for skilled welders and other technicians,” said Walter Miller, President of the Horizon City EDC Board of Directors.

“This partnership with Polar is yet another way Horizon City EDC is doing much-needed work to attract jobs and industry to our growing community and putting Horizon City on the map nationally as an attractive location for expanding businesses of all types with our young, highly skilled workforce and incentives.”

Incentives to Polar Service Centers, which is owned by Entrans International, are based on a performance agreement that measures the company’s progress in job growth, high-skilled training and site development.

The Horizon City EDC-boosted project repurposes an aging warehouse that sits on six acres of land along an important stretch of Horizon City’s commercial corridor. The site sits within an industrial park that recently received millions of dollars of investment from the Town of Horizon City to improve infrastructure and make ready sites for advanced manufacturing.

Entrans International operates a large manufacturing business in Juárez, where it builds many of the tank trailers serviced and modified by Polar.

EDC officials share that the addition of the Horizon City service center leverages the massive manufacturing complex on the Mexico side of the border to attract new jobs and new economic development to the U.S. and further strengthens the ties between manufacturing in Juárez and the service industry in Horizon City and the surrounding El Paso region.

“It solidifies Entrans International’s investment on both sides of the border and as well as Horizon City’s commitment to bring jobs to the region and help manufacturing companies in Mexico leverage the wealth of skilled workers available in the El Paso Borderplex. We look forward to a very successful partnership with Horizon City as our company expands.”