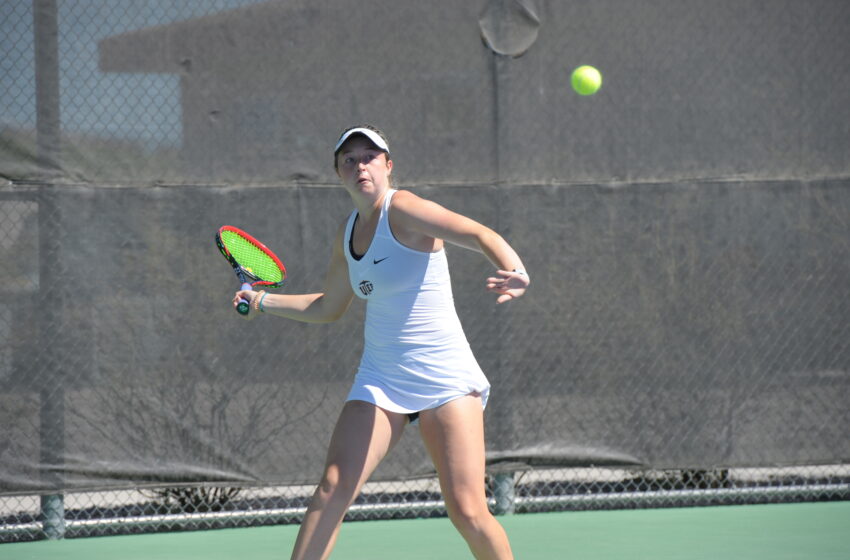 SAN DIEGO, Ca. – Freshman Kirsten Prelle picked up her sixth consecutive singles win while also securing a spot in the finals with a thrilling three-set victory to lead the way for the UTEP tennis team on the second day of the San Diego State University Fall Classic Saturday.

Prelle started strong by taking the first set against Jolene Coetzee (Cal State Northridge), 6-1. Coetzee struck back to secure the second set, 6-2. Prelle regrouped and found another gear to win the final set and the match, 6-1. She will lock up with Nnena Nadozie (SDSU) in the finals on Sunday.

“I wish that we had competed a little bit better in doubles, but again this is a work in progress,” UTEP head coach Ivan Fernandez. “As long as they fight and support each other, I know that the results will come.”

Sophomore Erandi Martinez showed off her mettle by rallying for a three-set triumph, 0-6, 7-5, 6-3, against Agustina Rimoldi Godoy (SDSU) in the consolation round. Freshman Rine Nozaki also regained her winning ways in the back draw, dropping Lauren Anderson (SDSU), 6-3, 7-6 (5).

In doubles play Baigorria/Nozaki were downed, 6-3, by Lauren Anderson/ Ellie Ashley (SDSU). Prelle/Valdez were dispatched in a close call, 7-6 (4), by TJ Fumagalli/Kristin Kerrigan (Air Force). The duo will vie for third place on Sunday.

The Miners will wrap up the tournament on Sunday.