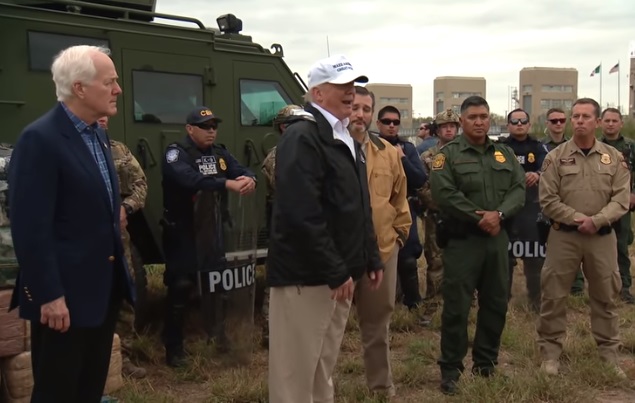 In a rare Saturday afternoon address to the nation, President Donald Trump announced a possible deal to end the stalemate that’s resulted in the longest government shutdown in the country’s history.

As part of his speech, the President offered temporary and partial DACA (Deferred Action for Childhood Arrival) or Dreamer’s protection in exchange for funding for his wall.  President Trump bluntly stated, “I will fix this crisis, one way or the other.’

During the speech, President Trump referenced the ‘crisis on the border,’ noting the perilous journey migrants undertake from their home countries to the US border.  He also mention the border as being a ‘wide-open gateway’ allowing drugs and criminals into the country.

According to the Washington Post, the president’s proposal offers “a reprieve on his attempts to end Deferred Action for Childhood Arrivals (DACA) and temporary protected status (TPS) for immigrants from some Latin American and African nations.”

Via the White House website, the President’s proposal includes:

House Speaker Nancy Pelosi responded to President Trump’s proposal as a “Non-Starter” and a rehashing of previously presented ideas.