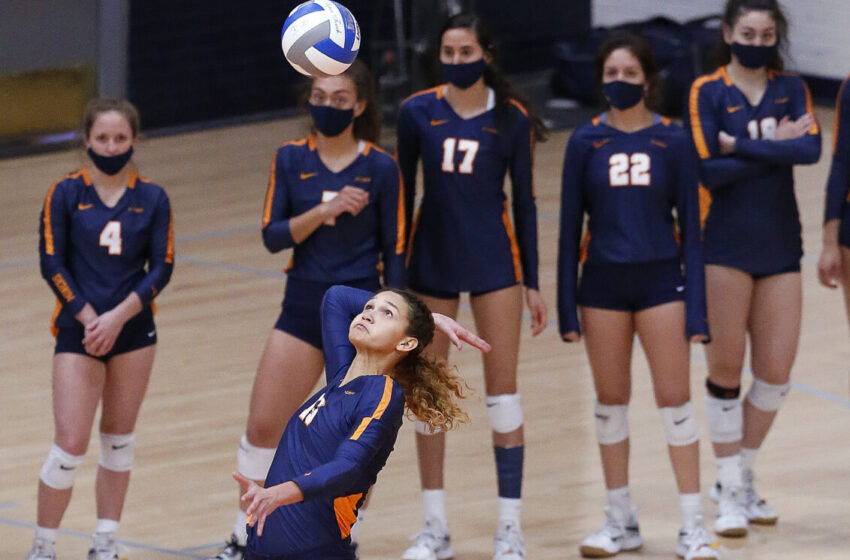 The UTEP Athletic Department has announced the complete promotion schedule for the Miner volleyball program with the 2021 regular season just over a week away.

UTEP will face off against Grand Canyon in an exhibition at 12 p.m. on Saturday, Aug. 21 at Memorial Gym before opening the regular season with three matches at the Idaho State Tournament.

The Miners will host a total of 10 matches on their home court at Memorial Gym this season, including marquee matchups against a pair of top 50 RPI programs in Northwestern and NM State during the second week of the campaign.

“We’re really excited to get our El Paso volleyball fans back in the stands and I am thrilled that it will be at 100 percent capacity,” head coach Ben Wallis said. “We are thrilled to get everybody back in the stands to be loud and cheer for us. Last year, we had a good home schedule and a good home record, but to have all of our El Paso folks and student population who are well-educated on the sport of volleyball in the stands will be a big deal and I am really excited to get them back.”

The promotion schedule kicks off with an “Orange Out” at the Miners’ home opener versus Northwestern on Friday, Sept. 3 in El Paso. The “Battle of I-10” will take place on Sunday, Sept. 5 with the match set to begin at 1 p.m. in Memorial Gym. Both matches will be part of the Borderland Invitational, which will be co-hosted by UTEP and NM State.

The Miners will open Conference USA play at Rice, a program that is ranked No. 23 in the AVCA preseason poll for the first time in history, with a pair of matches against the Owls set for Oct. 2-3 in Houston.

Louisiana Tech will come to town the following weekend to face off against the Miners on Oct. 8-9 in El Paso. In the second game of the series versus the Lady Techsters on Oct. 9, the Miners will host Youth Volleyball and Kids Club Day

On Oct. 22, the squad will open a two-game series with C-USA foe UAB on Faculty & Staff Appreciation Night. The following day, the Miners will face off against the Blazers at 12 p.m. in what will be the team’s Cancer Awareness and Pink Out game.

The final two home matches of the 2021 campaign will have the Miners hosting North Texas on Nov. 6-7. The opener of that series will see UTEP honoring the military and first responders, while Senior Day will be the home finale versus the Mean Green on Nov. 7 in El Paso.

Tickets can be purchased through the Eisenberg Family Ticket Office by calling (915) 747-UTEP, emailing tickets@utep.edu, going online or in person at 201 Glory Road (Brumbelow Building, UTEP campus) Monday thru Friday from 8 a.m. to 5 p.m.

For our previous coverage of UTEP Volleyball, click here.