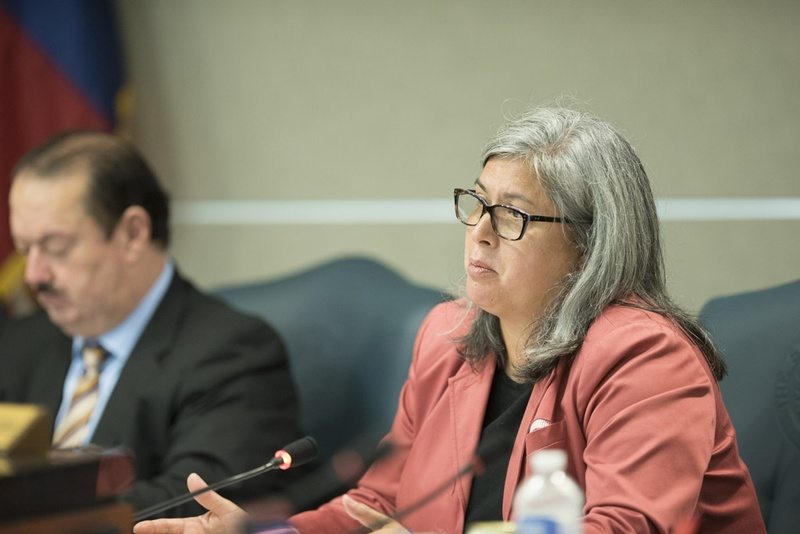 When it comes to issues related to health, state Rep. Jessica Farrar says that men should have to undergo the same “unnecessary” and “invasive” procedures that she says Texas women are subjected to under recently passed state laws.

While Farrar knows her “proposed satirical regulations” will not become law, she hoped the bill’s filing would at least foster a deeper discussion about what should be a priority during session years.

“What I would like to see is this make people stop and think,” Farrar told The Texas Tribune. “Maybe my colleagues aren’t capable of that, but the people who voted for them, or the people that didn’t vote at all, I hope that it changes their mind and helps them to decide what the priorities are.”

Farrar said her bill, titled the “Man’s Right To Know Act,” takes the argument that “we’re looking at the sanctity of life,” a term that has already been highly debated this legislative session as several Texas Republicans have proposed legislation aimed at abortions.

“Protecting the life of unborn children should not be a controversial issue,” state Sen. Charles Perry, R-Lubbock, said last month.

Farrar continued: “Men have to answer for their actions and so forth. So if there’s going to be an emission, it would have to be done in a hospital where the semen could be preserved for future pregnancies or it would be directly deposited into the vagina of a woman.”

HB 4260 also calls for informed consent for elective vasectomies, colonoscopy procedures and Viagra prescriptions. Consent is informed only if at least 24 hours have passed since a man’s initial health care consultation for the procedure or prescription. The bill would also require a rectal exam before administering an elective vasectomy or colonoscopy procedure, or prescribing Viagra — an exam that the bill acknowledges is medically unnecessary.

An outspoken proponent of abortion rights, Farrar has fought against Texas legislation mandating a 24-hour waiting period between a required consultation and receiving an abortion, and another measure requiring women to have a transvaginal ultrasound while listening to the fetal heartbeat before undergoing the procedure, a measure Farrar says “messes with women’s heads.”

Farrar has criticized several anti-women’s health bills that have been filed this session, primarily a measure filed by state Rep. Byron Cook, R-Corsicana, that would require Texas hospitals to bury or cremate fetal remains and another by state Rep. Tony Tinderholt, R-Arlington, that would charge both abortion providers and women who receive an abortion with murder.

At a House State Affairs committee hearing Wednesday, Cook was challenged by Farrar and other House Democrats who questioned how his bill would impact women’s mental health and how much it would cost. Cook said his measure would create a registry of organizations that can help pay for burial or cremation of fetal remains. That way, the cost associated with burials would not fall on women, Cook said.

“Let me be clear: this bill has nothing to do with abortion procedures whatsoever. It has everything to do with ensuring the dignity of the deceased,” Cook said Wednesday. “We believe Texas can do better than this.”

Cook did not immediately respond to the Tribune’s request for comment Sunday.

In a statement, Tinderholt said Farrar lacked “a basic understanding of human biology.”

“I’m embarrassed for Representative Farrar,” Tinderholt said. “Her attempt to compare [HB 4260] to the abortion issue shows a lack of a basic understanding of human biology. I would recommend that she consider taking a high school biology class from a local public or charter school before filing another bill on the matter.”

Farrar said the filing of her bill was necessary this session because of the bills she says directly targeted women’s ability to make choices about their own bodies and care. And she told the Tribune that the election of President Donald Trump will add additional hurdles and that the tone regarding women’s health has gotten worse from years past.

“Especially with Trump as president, I think these folks are on fire now. They’re off the chain now,” Farrar said. “If they can elect someone based on making racist remarks and derogatory remarks toward women and such, then we’ve just given them license to offend and license to be even worse than before.”