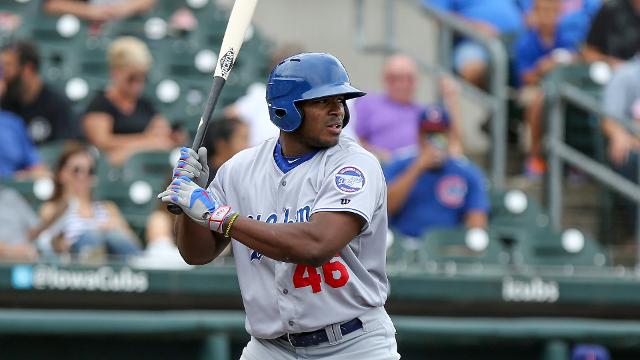 Yasiel Puig went 3-for-4 with four RBIs in the Oklahoma City Dodgers’ 8-4 win over the El Paso ChihuahuasFriday night. It was Puig’s home debut and he fell a double shy of a cycle. It was El Paso’s first visit to Oklahoma City since August of 2014.

The Dodgers scored three runs, all on two-out hits, in the third inning to go ahead 3-0. Puig’s three-run home run highlighted a five-run bottom of the fourth to put the Dodgers up 8-0. The Chihuahuas scored the game’s final four runs but fell short in the first game of an eight-game road trip.

Patrick Kivlehan went 3-for-4 with three singles in the loss, his first three-hit game with El Paso. Hunter Renfroe pinch hit and struck out in the top of the ninth inning, his first plate appearance since August 6 vs. Tacoma. El Paso’s relief work was excellent on Friday, with Jason Jester, Michael Dimock and Kevin Quackenbush combining for three shutout innings and five strikeouts in the late innings.