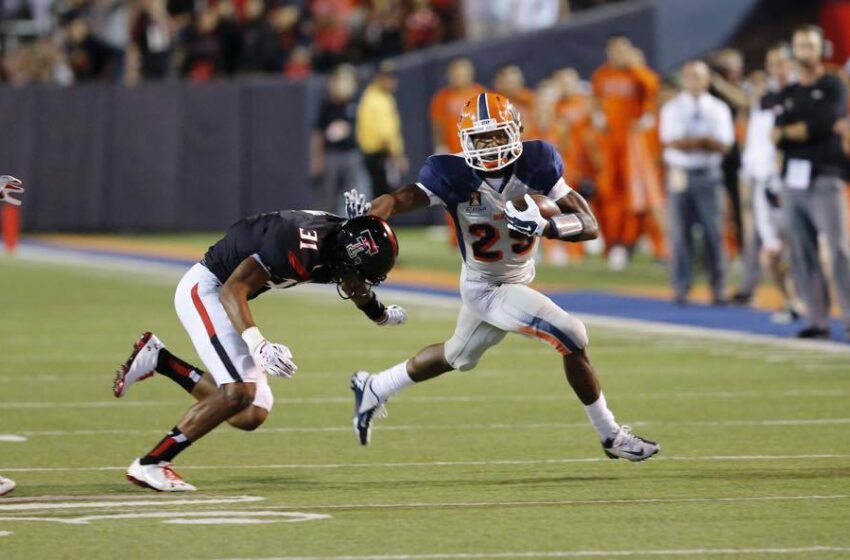 As UTEP and NMSU prepare for the 93rd installment of their rivalry, the stakes for both 0 and 2 teams could not be higher.

“He’s (Jones) having surgery today and that’ll be the end of his season.” Kugler said. “He’ll get his redshirt back, he’ll be a Junior, along with (defensive back) Devin Cockrell…both of those guys will be back and be juniors.”

Jones rushed for 1,321 yards in 2014 and was named to the 2015 Maxwell Award Watch List, an award given to the nation’s top offensive player.  With the medical redshirt, Jones will be allowed to return as a Junior in 2016, giving him two more seasons of eligibility at UTEP.

“Of course he’s devastated. The kid’s just losing his year, he’s a competitor,” Kugler said. “I’m devastated, again we all have to bounce back as a team.”

The loss of Jones will call for other players to contribute in a bigger capacity. One player is LaQuintus Dowell who had to switch positions from defensive back to running back to fill the void.

“It’s kind of the same, you try and be physical and make plays,” Dowell said. “I consider myself just an athlete. I’ll just do whatever they want me to do.”

The offense will look elsewhere for production and it will likely fall on the hand of their wide receiving group, a unit who will look to take advantage of the opportunity.

“With Aaron going down, it puts a lot of pressure on our skill guys, but I’m more than confident that everybody’s willing to step up and stay poised,” wide receiver, Autrey Golden said. “Really it’s the same. We have different people playing different positions, other than that it’s always been next man up and everybody getting after it.”

As for the rivalry, Kugler knows better than anyone what the game means.  Kugler has been part of the rivalry as a player, assistant coach and now a head coach.

“It’s big, I was talking to the team today, it’s my 16th year in this game.” Kugler said. “Every single one of them is special. There is so much that goes in it, there’s so much pride in both communities and their schools. Both teams, even though they hate each other, they respect each other. I have the same respect for them.

The Miners will be looking to win their seventh consecutive game against the Aggies, a win would tie the longest winning streak in the series’ history for UTEP.