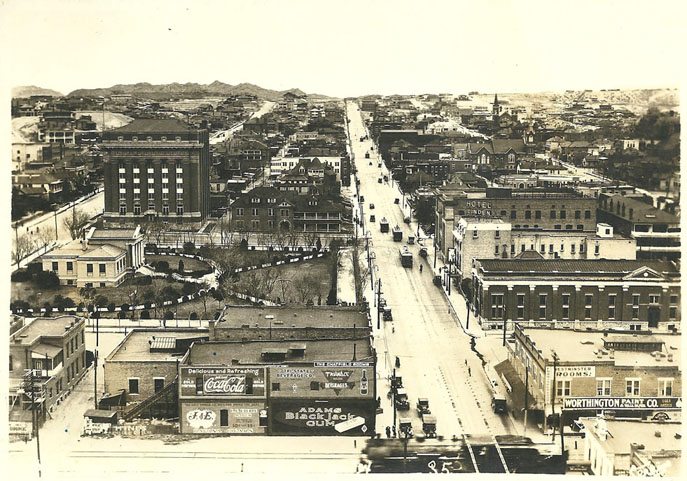 Rail will soon begin its return to the streets of the Sun City, as work on the track phase of the El Paso Streetcar Project starts next week.

Track work will be primarily focused in zones which are several blocks long. Work in each zone will take several months to complete and typically progresses in the following fashion:

Businesses and residents will maintain access to their property at all times.

The first track work will take place on Oregon Street between Glory Road and University Avenue, where streetcars will run in the southbound transit lane.

An additional two- to three-week complete closure of Oregon Street near the Glory Road Transfer Center will be required over the summer to allow crews to replace additional concrete paving there.

Motorists who typically use Mesa Street to enter Downtown are encouraged to consider alternate routes, including Kansas Street which is once again open between Main Drive and San Antonio Avenue

Crosby Avenue will be closed to thru traffic from Mesa Street to Kansas Street. Lane restrictions will be in place on Schuster Avenue between Mesa and Kansas.

Beginning during the week of May 16, 2016, Kansas Street will be closed to all traffic between Paisano Drive and Father Rahm Avenue. This closure is necessary to allow crews to continue work on underground utilities and replace curbs and sidewalks.

Crews have installed temporary asphalt patches and will return to both locations to complete rail installation and roadway repairs.

Lane Restrictions at Other Locations