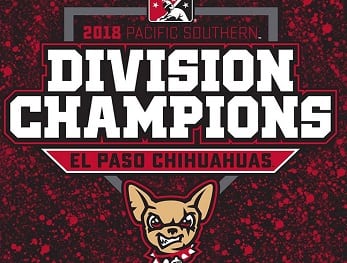 The Grizzlies scored five runs in the bottom of the ninth inning to stun Salt Lake.

The Chihuahuas are the first San Diego Padres’ Triple-A affiliate in history to win four straight division titles. El Paso is the first Pacific Coast League team since the Omaha Storm Chasers (2011-2014) to reach the playoffs in four straight seasons.

The Chihuahuas will face Fresno at Southwest University Park on Wednesday, September 5 to start the best-of-five conference finals.

The Memphis Redbirds will take on the Oklahoma City Dodgers or Colorado Springs Sky Sox in the American Conference finals before the two series winners meet in the Pacific Coast League Championship Series.