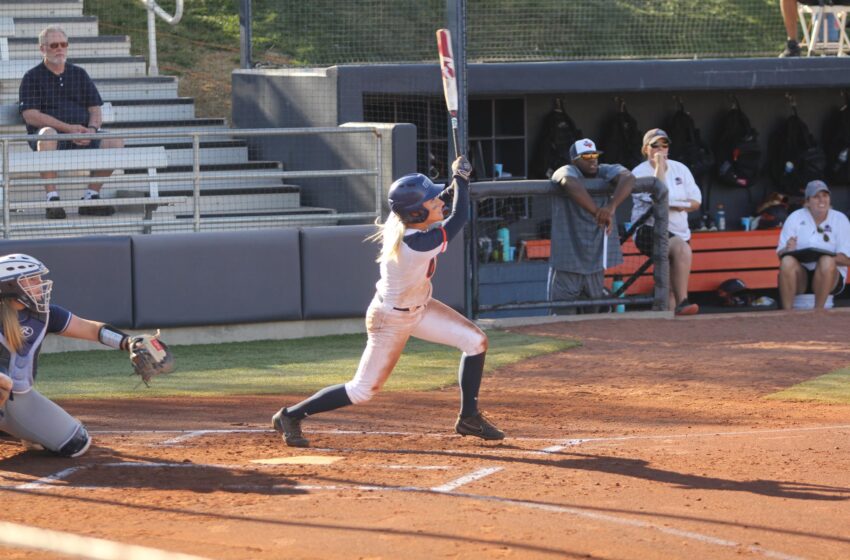 BOWLING GREEN, Ky. – Ariana Valles registered a career-high three RBI and Courtney Clayton also chipped in with a pair of RBI, but WKU used a five-run fifth inning to rally past UTEP, 8-6, and won the weekend series on Sunday at WKU Softball Complex.

The Hilltoppers wet up 2-0 early in the first inning as Kelsey McGuffin and Brittany Vaughn each recorded a RBI. Jordan Vorbrink was thrown out at home by starting right fielder Pamala Baber on Vaughn’s single.

The Miners would come back in a big way.

Clayton and the Miners answered in the third. Baber singled with one out and lead off hitter Ariel Blair reached on a fielder’s choice in which Baber was called safe at second base.

Clayton then connected on a two-out first pitch and drilled it to deep right center, plating Baber and Blair to tied the contest.

In the fourth, Mariah Ellis gave UTEP a 3-2 lead on a pinch-hit situation for Blair in which she singled up the middle with bases loaded, plating Saturday’s hero Smith. Valles, who struggled at the plate during game two with four strikeouts, came up with a base-clearing double that gave her hometown squad a 6-2 advantage. ​

Vorbrink answered by driving in two runs and Paige Carter connected on a three-run go-ahead lead home run in the fifth to give WKU a 7-6 lead. WKU added another run in the sixth.

UTEP will start a string of six home games. The Miners will host C-USA foe North Texas April 14-15, a single contest versus New Mexico on April 16 and SEC power Ole Miss during a two-game set April 20-21.