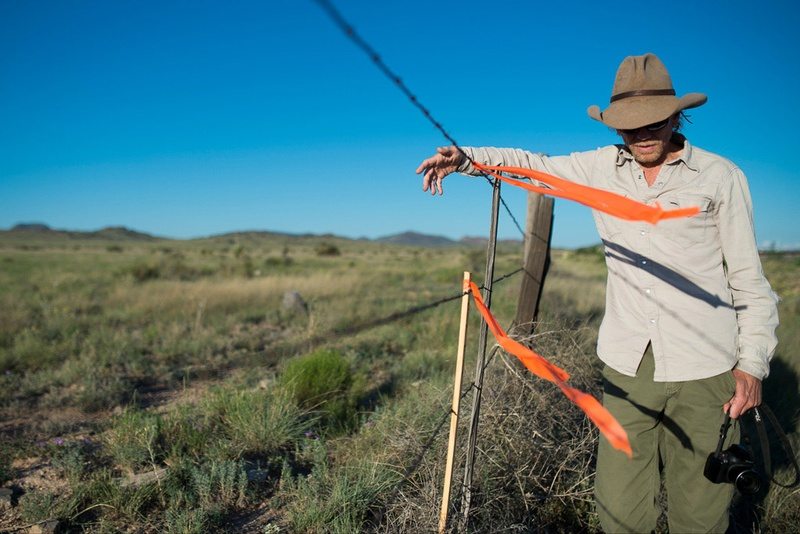 Fighting for truth, justice and the Texas way. Sounds like a job for Superman! And the Man of Steel answered the call. But he wasn’t wearing blue tights and a red cape.

Adorned in jeans, boots and a cowboy hat, this superhero took on a government juggernaut, mired in its rules and regulations, in a battle over private property rights. His name is Tommy Henderson.

Tommy didn’t flex mighty muscles to win a battle over the rights to his land. He used a shrewd mind. A willingness to cooperate. And the tenacity of a bulldog to achieve his goal: reclaim 94 acres he lost to the federal government in the 1980s.

That land was awarded to the Bureau of Land Management (BLM) in a dispute between Tommy and an Oklahoma neighbor. The case revolved around changes in the course of the Red River and its boundaries. Thus ensued a three-decade-long battle to get the land back.

It involved legal skirmishes. Courtroom battles. Hard feelings. But then things changed. Texas Farm Bureau engaged. The BLM entered into meaningful negotiations. Solutions were explored. And a fix was found.

Henderson reclaimed his land through a process called “color of title.” Land and tax payments he made in the past were counted as payments already made to determine the buyback of the disputed property.

This solution sets a precedent for others along the Red River with similar stories. BLM’s Steve Tryon encourages landowners to visit their office before they file an application. BLM will lay out the steps, the timing and the calendaring and make sure assigned staff is there to help.

There are other options as well.

Texas Farm Bureau and Congressman Mac Thornberry’s office are working on a Congressional fix for other landowners affected by land disputes on the Red River. The legislation will affirm property rights and ensure other landowners don’t have to endure Tommy’s problems.

It’s all immense satisfaction for this Red River farmer and rancher. He reclaimed land his family originally settled in the 1860s. He’s putting that land to good use. And he’s plowed ground for other landowners with clouded title issues to do the same.

He saw a sea of change in the attitude of a government agency he had been at odds with for years. A spirit of cooperation. A willingness to find solutions. And a fix for his land.

Truth, justice and the Texas way. They always win out in the end.

A super job by a Superman. Congratulations, Tommy!