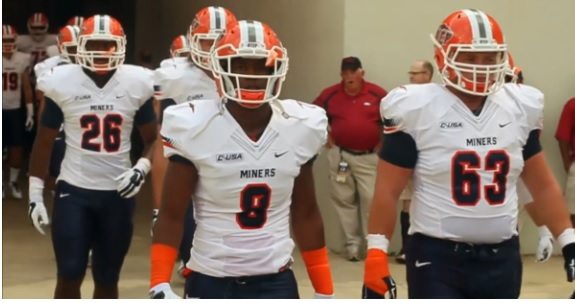 LUBBOCK, TEXAS – Patrick Mahomes passed for four touchdowns and rushed for two others as Texas Tech took advantage of an injury-depleted UTEP squad and ran away to a 69-20 victory on Saturday afternoon in Lubbock.

Following a competitive first 25 minutes, the Red Raiders (2-0) scored 45 of the game’s final 48 points, primarily after the Miners’ Aaron Jones went down with a foot injury.  Jones was in a boot for the second half.

“It was a devastating blow for us, but we’ve got to respond better than that,” UTEP coach Sean Kugler said.  “Guys have got to step up and make plays.  We can’t let the loss of one guy affect our team the way that it did.”

Mack Leftwich threw for a career-high 164 yards for the Miners (0-2).  He completed 14-of-22 passes.  Boise State transfer Hayden Plinke had a big game for UTEP as well with four receptions for 87 yards.

Jones rushed 17 times for 139 yards in the first half.  Without him in the second half, UTEP gained 64 yards on the ground.  The Miners compiled 414 yards of offense, 227 rushing.

“I felt we had a great running game plan,” Kugler said.  “It changed in a hurry when Aaron went out.  Again, when that happens, other guys have to step up and do the job.”

The Red Raiders scored the game’s first 10 points.  They struck quickly, with Mahomes finding Jakeem Grant for a 60-yard touchdown a little over a minute in.  The Miner defense stiffened on Texas Tech’s next possession, but the Red Raiders were still able to connect on a 32-yard field goal by Michael Barden.

Texas Tech extended the lead to 17-7 when Mahomes hooked up with Justin Stockton for a 46-yard touchdown.

Jones single-handedly pulled the Miners within a field goal on a school-record 91-yard run early in the second quarter.  Jones was responsible for 146 of the 166 yards on UTEP’s two touchdown drives in the first half.

The 91-yard run was tied for the fifth-longest in Conference USA history.

Texas Tech rode the running game to its third touchdown of the day, as DeAndre Washington gained 29 yards on four carries and Mahomes plowed across the goal line to push the lead to 24-14.

UTEP sliced the deficit to seven points (24-17) on a 24-yard field goal by Jay Mattox with 5:13 to play in the half. But Texas Tech responded with a pair of touchdowns before going to the locker room.

Mahomes passed for 80 yards and rushed for 44 on the two drives.  He had a 12-yard running score and hit Reginald Davis for a 35-yard TD as the Red Raiders opened a 38-17 cushion.

The Miners gained 163 yards on 24 carries in the first half behind Jones.

Texas Tech piled up 674 yards, as Mahomes completed 18-of-33 passes to pick apart an inexperienced Miner secondary.  The Red Raiders also rushed for 229 yards led by Washington, who gained 138.

“We’ve got to do a better job of tackling in space,” Kugler said.  “Too many penalties [eight for 80 yards] for my liking.  The possession time, those things were in our favor.  But we didn’t have sustained drives.  We had a few but not enough.  Certainly not enough to keep an explosive offense like them off the field.   And we gave them two chances with fumbles.  We turned it over.  We had penalties.  Not our style of football.”

The Miners will complete their season-opening three-game road swing next Saturday at I-10 rival NM State.  Kickoff is slated for 6 p.m. MT.

“Anytime that you get your tails whipped, and I just told the team hey, I’ve had my tail whipped too, how you respond is how you’re going to be judged,” Kugler said.  “I know that we’re going to be facing a team that’s going to be gearing up for us.  We need to gear up for them and we need to overcome the loss of Aaron Jones, because I don’t know how long he’s going to be out.  We’ve got to rally together as a team and overcome that.” 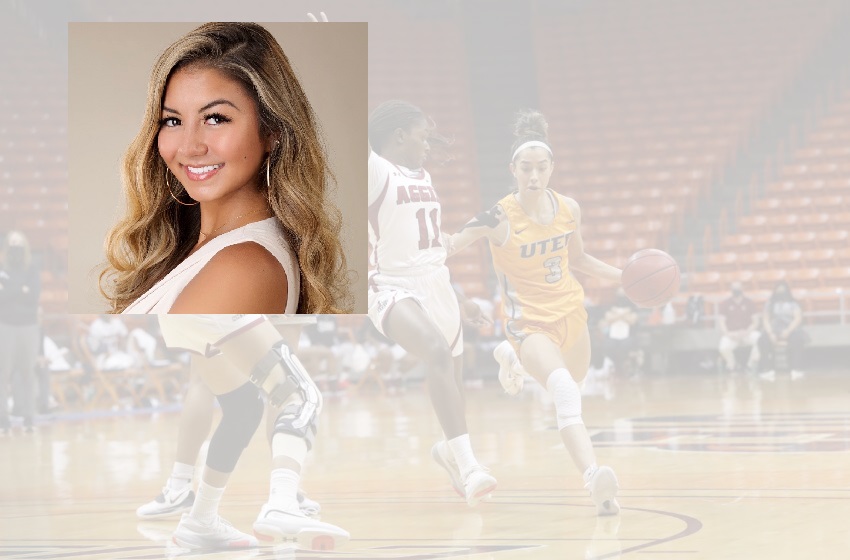