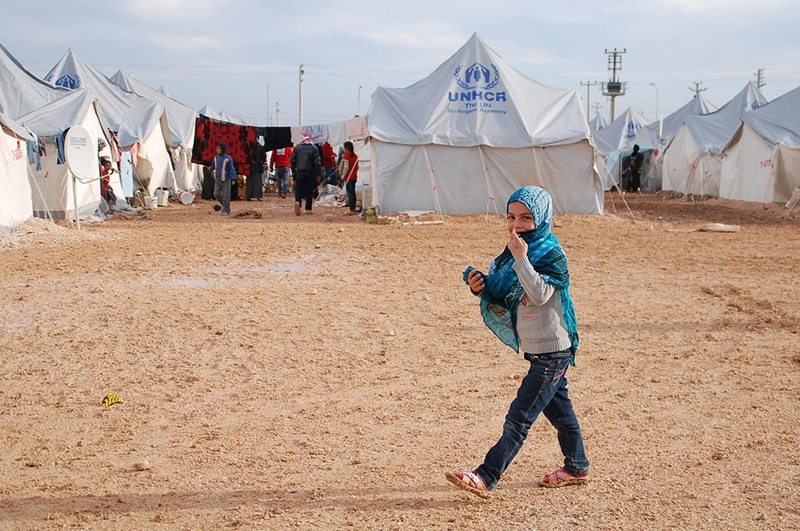 A day after about half of the country’s governors promised to block Syrian refugees from resettling in their states, religious and nonprofit leaders warned those governors that their actions could separate families and cause irreparable damage to public sentiment toward refugees.

“To close the door on resettling Syrian refugees would be nothing less than signing a death warrant for tens of thousands of families fleeing for their lives,” Linda Hartke, president of the Lutheran Immigration and Refugee Service, said during a press call Tuesday. “If ISIS had hoped that their attacks in Paris would provoke the U.S. and its allies in reacting with small-minded panic, some governors are helping them get their wish.”

Following terrorist attacks in Paris that were linked with the Islamic State, Republican Gov.Greg Abbott announced on Monday that the state would not allow Syrian refugees to be resettled in Texas. Leaders of refugee resettlement nonprofits argued on Tuesday that the actions of Abbott and governors across the country could create challenges to reuniting families that were separated as they fled their home country or during the refugee screening process, particularly in Texas which has seen some of the highest numbers of Syrian refugees.

At least 141 Syrian refugees have been resettled in Texas in recent years. Though that number is relatively small for Texas — where thousands of refugees resettle each year — thenumber was expected to increase significantly in the next year as the U.S. prepares to take in 10,000 Syrian refugees. In recent years, about 10 percent of the 70,000 refugees admitted into the country annually have wound up in Texas.

Refugee resettlement in the U.S. is completely funded by the federal government. The state’s responsibility in the process is to contract and oversee local nonprofit affiliates and distribute federal funding, according to state health officials.

It remains unclear what power governors have in halting refugee resettlement in their states. Refugee admissions are determined by the U.S. Department of State, which processes applications received through the United Nations and conducts security screenings. That process that can take up two years.

Once refugees are cleared by the State department, they are assigned to one of nine national refugee resettlement organizations that place individuals in communities across the country where local affiliates manage the resettlement process, including helping them find jobs, enroll their children in school and become fluent English speakers.

The state also provides health assistance to refugees through two programs. Under the Refugee Health Program, the state contracts with city and county health departments to provide refugees with initial health screening, vaccinations and referrals for any health conditions identified in that process. The Refugee Medical Assistance offers short-term health care to refugees not eligible for Medicaid. Both of those programs are also federally funded.

In a letter to President Barack Obama Monday, Abbott said he would direct the Texas Health & Human Services Commission’s Refugee Resettlement Program “to not participate in the resettlement of any Syrian refugees in the State of Texas.”

“Given the tragic attacks in Paris and the threats we have already seen, Texas cannot participate in any program that will result in Syrian refugees — any one of whom could be connected to terrorism — being resettled in Texas,” Abbott wrote.

An Abbott spokesman did not respond to multiple requests for clarification on whether Abbott was directing HHSC to bar those nonprofits from using those funds specifically for Syrian refugees and whether this applied to the more than 100 Syrian refugees that were previously placed in the state. A spokesman for the State Department said Monday that federal lawyers were looking into whether states could bar refugee resettlement based on nationality.

Meanwhile, some state lawmakers are looking to the Texas Attorney General Ken Paxton for guidance. State Sen. Charles Perry, R-Lubbock, on Tuesday asked the Texas Attorney General’s Office for an opinion on whether the state was required to “comply with restrictions on federal refugee dollars that are not found in the text of federal law” and whether there was a legal measure that prohibited the state from performing its own “security verifications” when distributing resettlement funds.

The refugee resettlement organizations on Tuesday reiterated that governors could not refuse Syrian refugees from entering their states, but they could back out of their role in the current resettlement process. The U.S. Refugee Act of 1980 allows the federal government to designate an entity other than state governments to serve as state refugee coordinators and disburse funding — a set-up in place in six states but not Texas, said Lavinia Limon, president & CEO of the U.S. Committee for Refugees and Immigrants.

But she added that governors and lawmakers were doing little for refugee relations as nonprofits work to place refugees in welcoming communities that will help them become self-sufficient and recover from the war-torn conditions they escaped.

“People are refugees because they are persecuted on the basis of race, religion membership in an ethnic group, nationality,” Limon said. “So to imagine getting admitted to the United States as refugees and then an elected official discriminates against you based on your nationality and ethnicity is pretty amazing.” 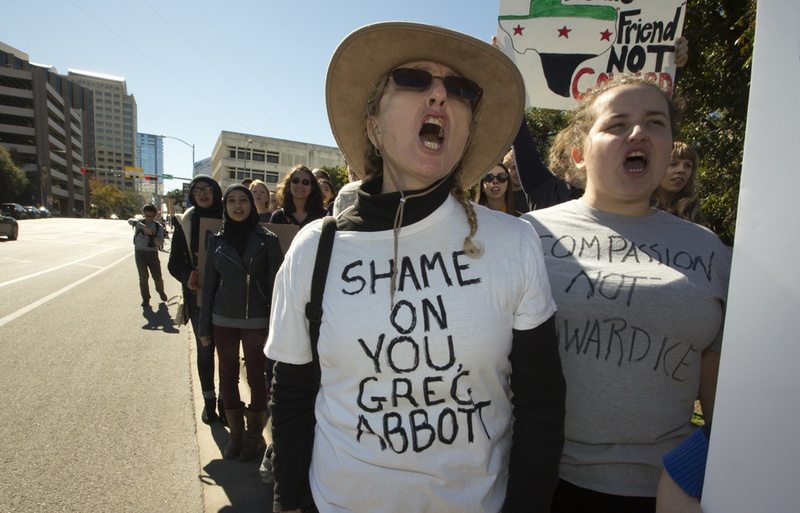 Feds to Abbott: No power to reject...