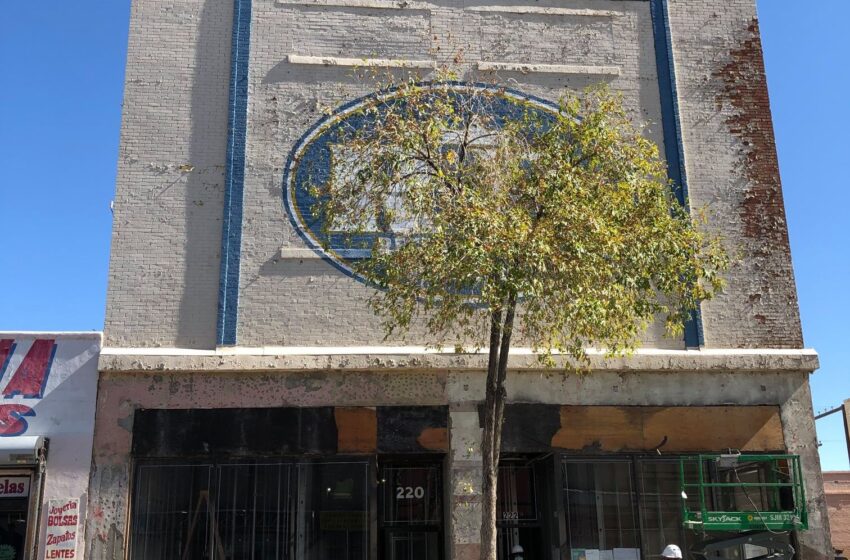 According to officials with The Trost Society, yet another one of the structures designed by famed firm is on its way back to full functionality.

The original El Paso Storage Warehouse, built in 1913, sits at 320 South Stanton in downtown, but is most likely better known to pedestrians and shoppers alike as the ‘Regis Bernard’ Furniture store, as the large painted signs still adorn it’s brick exterior.

Upon reaching the building’s location at the corner of First Street and Stanton, Stone reported the following:

To my joy, I discovered a building well along in the restoration process! Workers were present, with both interior and exterior reno underway. On the inside, it is clear that demo has been (or almost is) completed: I saw aluminum studs indicating new wall construction. As I was circling the building taking photographs, I attracted the attention of 3 individuals standing on the corner: one of them happened to be the architect for the restoration, David Alvidrez! We spoke for a short period of time about the history of the building and its future…

According to the conversation had by Stone and Alvidrez, the building is now owned by the City of El Paso, and it is being renovated into the downtown City Vaccination Clinic.

On the post, Stone added, “The Trost Society is beyond happy to learn of the resurrection of yet another Trost & Trost building!”