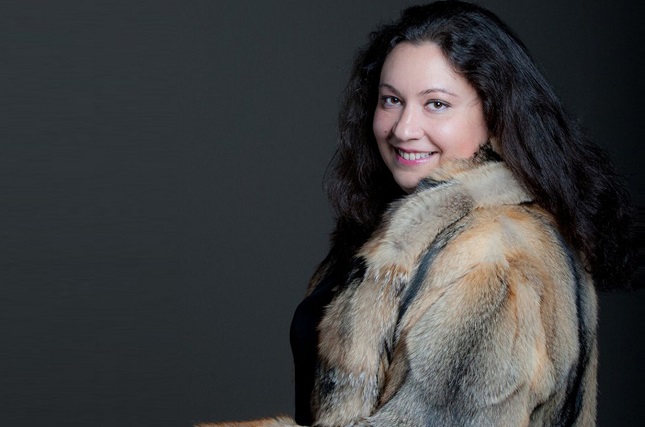 As a fellow at the Tanglewood Festival she appeared in a PBS educational video for Sony Classical with Seiji Ozawa and Wynton Marsalis and has performed in concert with Billy Joel, performing his classical concert works, which she also arranged. The concert was broadcast nationally on NPR. She is also on the Board of Governors of the Recording Academy ( GRAMMY).

She will also perform this arrangement at NMSU’s Atkinson Recital Hall in Las Cruces on Saturday Evening. Sunday, she returns to El Paso and will perform the Chopin Ballades at 2:00 p.m. at UTEP’s  Fox Fine Arts Recital Hall.

Currently, Gorenman is professor of piano and Musician in Residence at the American University in Washington, DC. She will be providing Master Classes at UTEP for the Department of Music and the UTEP Center for Arts Entrepreneurship.

Born in Odessa (Ukraine) and raised in Kazakhstan, Gorenman, while still a student,  performed throughout the former Soviet Union. Following a very exciting career and winning the coveted Queen Elisabeth Prize in Belgium, she emigrated to the United States 29 years ago.

For Tickets, go to online or call 915-747-8163. Tickets will also be available at the door, and all Federal Employees affected by the Government Shutdown will provided with Free Tickets.