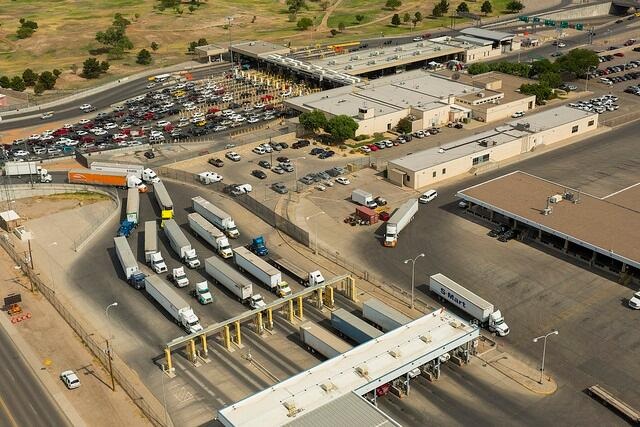 Friday afternoon, Congresswoman Veronica Escobar (TX-16) announced that the House-passed H.R. 7617, Appropriations Bill for Fiscal Year 2021, includes $2.8 billion for the modernization and expansion of land ports of entry, of which $700 million would be allocated to the Bridge of the Americas (BOTA) Land Port of Entry.

“Our land ports of entry serve as economic and cultural engines to the vibrant and intertwined El Paso – Juárez community and the whole nation by safely facilitating the flow of goods and people across our border,” said Congresswoman Escobar.

“The House-approved appropriations bill brings us a step closer to fully funding the much-needed modernization and expansion of the Bridge of the Americas Land Port of Entry to benefit El Pasoans, create jobs, and promote economic growth and development. I now call on the Senate to bring this bill to the floor to make this critical infrastructure project a reality.”

BOTA, built in 1967, currently processes privately owned vehicles, pedestrians, and commercial traffic, and in FY19 produced an import value of $56,111,715,762.

According to a feasibility study completed in November 2018, BOTA was not built for today’s national security mission, trade, travel volumes, or other threats.

Improvements are needed to increase processing capacity, enhance security, and facilitate trade and travel volumes. The feasibility study proposed a 5-year plan project with an estimated cost of $699,300,000.

H.R. 7617, approved by House of Representatives on July 31, 2020, provides authority for the U.S. General Services Administration (GSA) to approve and fund the modernization and expansion of BOTA and other existing land ports of entry on the northern and southern border.

Tags: Bridge of the Americas (BOTA) Land Port of Entry