On Friday, the Victory Institute announced that Representative Mary González was one of six finalists nominated to receive their inaugural Tammy Baldwin Breakthrough Award.

“One of my political role models is Senator Tammy Baldwin, an amazing U.S. Senator who has shown courage, strength, dedication, and grace,” said Rep. González. “I am honored and excited to be a finalist for the Tammy Baldwin award.”

“I stand with the LGBTQ community,” Rep. González said. “I am grateful for this nomination, and will continue to fight for socially just policies that benefit all members of our community.”

Tuesday, October 31st is the last day to vote for the nomination for this award. Votes can be cast on the Victory Institute’s website.

The Victory Institute is the only national organization dedicated to elevating openly LGBTQ leaders who can further equality at all levels of government. Many of their trainees join the more than 1,000 openly LGBTQ elected and appointed officials currently serving worldwide.

Rep. González to be Honored with Border... 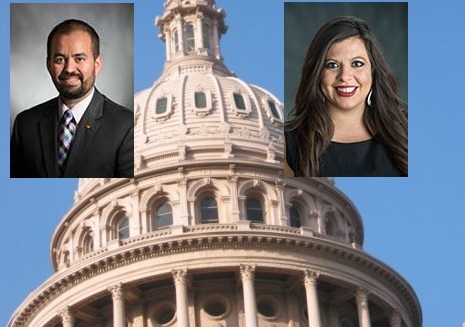