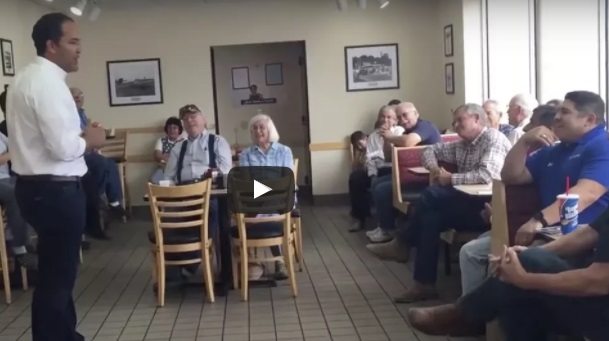 Hurd will meet with residents Sunday afternoon at two locations (listed below) and then make his way east.

The 20 informal town hall meetings are open to the public and designed to offer constituents an authentic opportunity to engage with their Congressman in a way that was never-before seen under previous Representatives.

To accommodate record attendance, not all meetings will be held at Dairy Queen restaurants this year. To view the complete schedule, click HERE.

Tags: Congressman Will Hurd us rep will hurd

Hurd on the Hill: Making our streets...