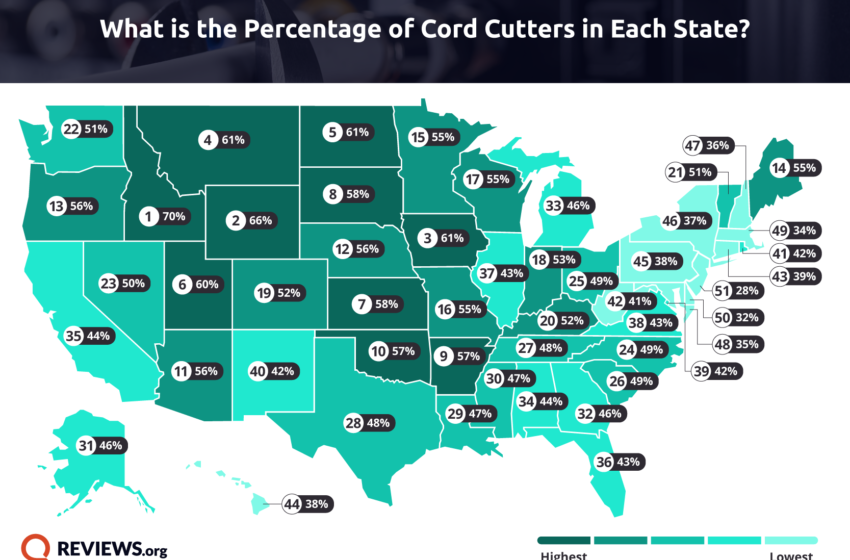 In recent years, the popularity of cable packages has declined as users switch from cable TV contracts and channel lineup options to on-demand streaming services like Netflix, Hulu, and Disney+.

The pandemic has contributed to this shift, with more viewers opting for on-demand content and original series while at home.  With many customers “cutting the cord” and canceling cable, Reviews.org surveyed over 300,000 Americans to find out which states have the most cord-cutters.

“Cord-cutting correlates with rural populations, which typically have fewer options for cable TV. You can find the highest percentage of cord-cutters in rural, western states, like Idaho, Wyoming, and Montana,” researchers found. “Even on the East Coast, rural Maine stands out for having a higher percentage of people using streaming services.”

Conversely, states with more urban populations have the lowest percentage of cord-cutters. (For example, Idaho has over 2.5x more cord-cutters than New Jersey.)

To find out how this compares to other states, read our full report via this link. 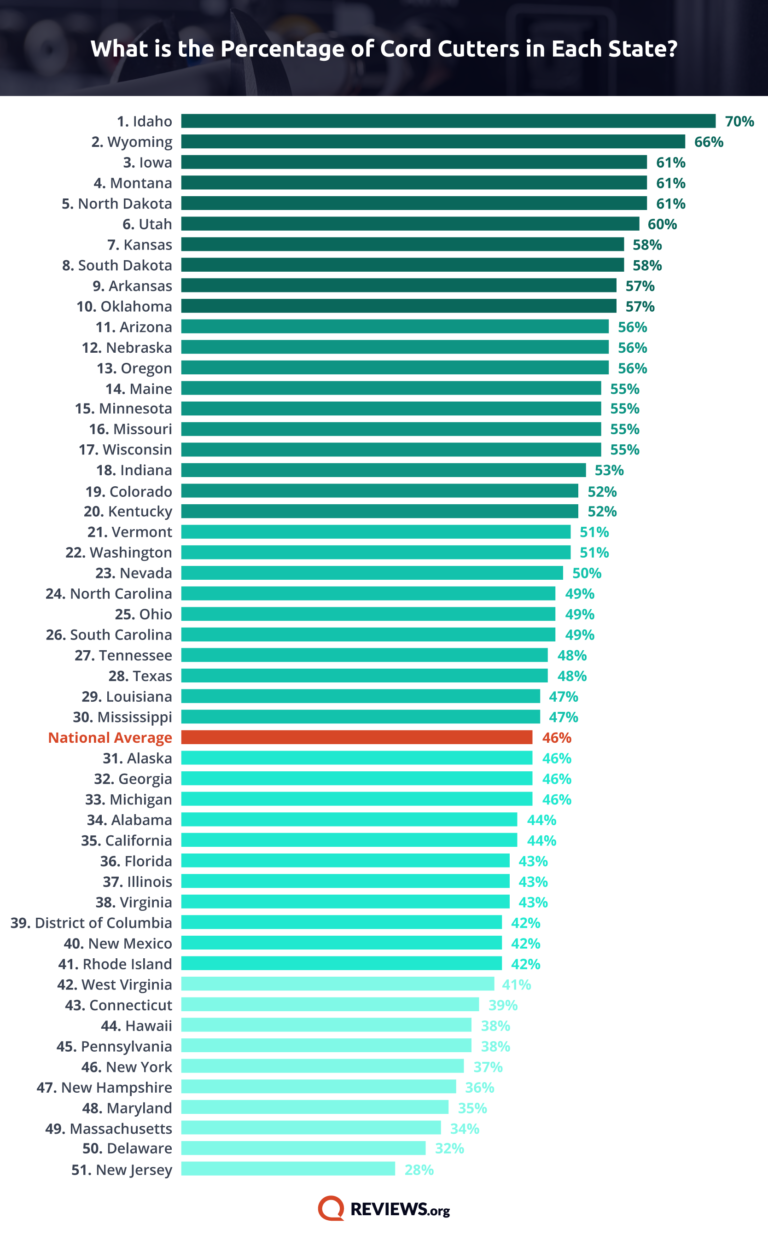