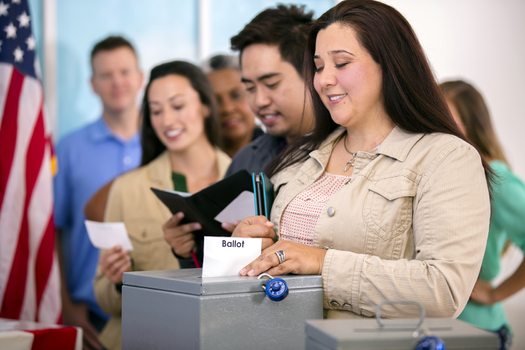 SANTA FE, N.M. – Election watchers say Hispanic voters will have a significant impact in Tuesday’s New Mexico primary. And come the November general election, one national organization is projecting that as many as 320,000 Latinos will cast ballots in the state.

Rosalind Gold, senior director of policy, research and advocacy for the National Association of Latino Elected and Appointed Officials, says New Mexico politicians who ignore Hispanic voters do so at their political peril.

“If you look at New Mexico, where Hispanics are close to half of the Democrats,” she says. “Any candidate that wants to win that Democratic primary had better have a strategy to reach and engage Hispanic voters.” Gold says her organization’s analysis finds Hispanics account for more than one of every three registered voters in New Mexico, and are 46 percent of the state’s registered Democrats.

She predicts the Hispanic vote will be critical to the New Mexico outcome of the Democratic primary race between Hillary Clinton and Bernie Sanders this week. Gold says Hispanics are not only voting in larger numbers, they are also holding office in record numbers.

In 2015, 700 Hispanics served in elected office in New Mexico, with 92 percent serving at the local level. She adds a majority of New Mexicans have voted Democratic in presidential contests since 1992. “This election isn’t going to be different or special just because of the dialogue around different issues that affect Latinos and the fact that there is very robust and at times rancorous dialogue about Hispanics,” says Gold.

But she does note that the tone of the rhetoric in this year’s presidential campaign could drive even more Latinos to the polls.