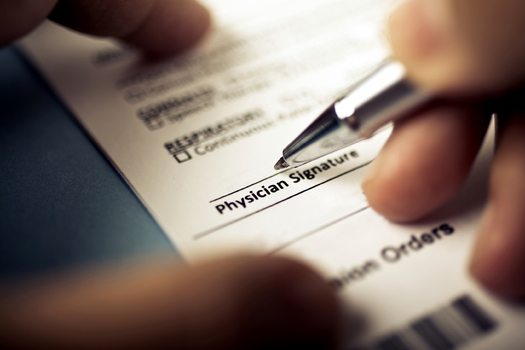 FE, N.M. – Finding out if your doctor has ever been disciplined by a state medical board can be a daunting task under the best of circumstances, and some states make it even tougher.

According to Consumer Reports, New Mexico ranks among the most difficult states for finding out if your doctor has been put on probation, made malpractice payouts or been convicted of crimes.

Lisa McGiffert, a Consumer Reports spokeswoman, says states should make it easy for consumer to find that information, but New Mexico is putting up roadblocks.

“In New Mexico, they don’t have malpractice payouts, they don’t list information about whether a doctor has been convicted of crimes, they don’t list disciplinary actions taken by hospitals or the federal government, and we think those things should also be on the profile,” she states.

McGiffert says Consumer Reports has published a study of the medical boards in all 50 states, ranking them from best to worst, based on how well they provide information.

She says New Mexico posts the information in several different places online, leaving consumers to do an extensive search on their own.

McGiffert says Consumer Reports evaluated each state’s medical board using 61 criteria. The main thing Consumer Reports looked for was whether the boards made complete information available in one convenient online place.

“Generally, we were looking to see whether these boards had what we call a physician profile where you can find pretty much everything that they have about the doctor that’s publicly available,” McGiffert explains.

She says Consumer Reports maintains that the National Practitioner Data Bank should be open to the public. It’s a federal repository that contains information on malpractice payments and disciplinary actions taken by state medical boards and hospitals.