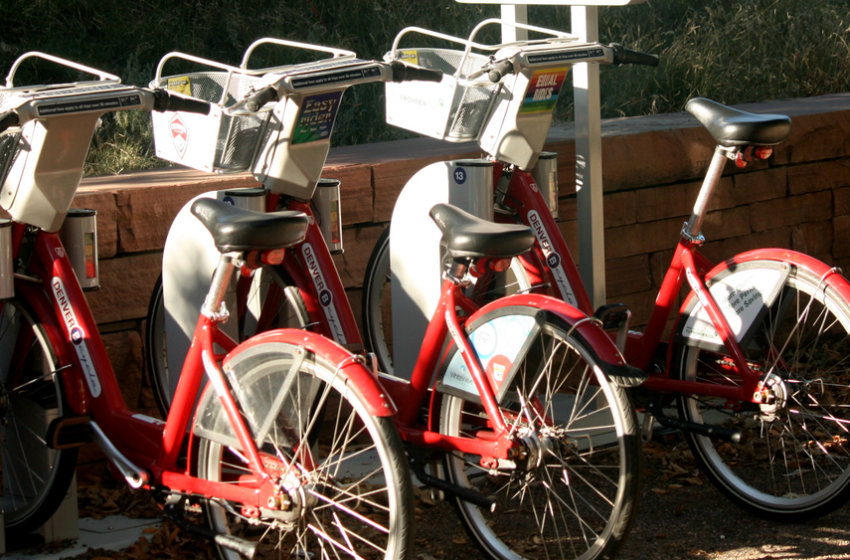 AUSTIN, Texas – More people are sharing bicycles to meet their daily transportation needs and people living in Sun Belt cities are also using bike-share programs for recreation according to a new report from Rice University.

Kelsey Walker, research fellow and report co-author with Rice’s Kinder Institute for Urban Research, says checking out a bike at a nearby kiosk is particularly useful for short trips when people don’t want to have to go hunting for a parking space.

“If you just want to go grab lunch at work, you don’t necessarily want to have to get in your car and ride around, but maybe it’s too far to walk,” says Walker. “I think there’s a lot of potential for these programs to expand into a bunch of different cities and towns.”

Walker’s group studied programs where bikes are available for a membership fee at a network of kiosks throughout the day.

The first 30 minutes are typically free, and riders can return bikes to any dock in the system. Walker says this flexibility allows users to commute to work, exercise, run errands or just take a relaxing ride without needing to own and maintain a personal bike, wait for public transit or drive a car.

Walker says programs in Austin, Fort Worth, Houston and Denver were chosen to learn more about bike-share patterns in lower-density cities essentially built for highways and cars.

The report found the majority of rides were between two stations, showing transportation use, and most round-trip rides occurred near parks or bike trails, suggesting recreation. In bigger cities like Chicago and New York, where there are a lot more kiosks, Walker says more people are able to bike-share for their daily commute.

“The more stations there are throughout a city, the more destinations people can go to from any one kiosk,” says Walker. “So, commuting activity can increase exponentially as a system expands.”

Walker says as more Sun Belt cities add and expand bike-sharing systems, the group plans to produce additional studies on kiosk traffic patterns to help make finding a bike to go wherever you want even easier.