Children with health insurance are more likely to succeed in school, graduate from high school and attend college, and earn higher wages as adults. (CDC)

AUSTIN – Texas has the highest rate and number of children without health care insurance in the nation, according to a new report from the Georgetown University Center for Children and Families.

Adriana Kohler, senior health policy associate with the advocacy group Texans Care for Children, says coverage is a problem for children of all backgrounds throughout the state, including in Amarillo, Brownsville, Dallas, Houston, Longview, and Odessa.

“If we want to make sure Texas kids can go to check-ups, do well in school, get a quick diagnosis and medical care – for anything, from strep throat to cancer – this report is really concerning,” she states.

A majority of Texas children without insurance are eligible for coverage under Medicaid and the Children’s Health Insurance Program, or CHIP, but Kohler says they’re not enrolled.

In 2016, the same researchers reported the lowest number of uninsured children nationally in a decade.

But Joan Alker, executive director of the Georgetown University Center for Children and Families, says that trend has now reversed.

To get back on track, Alker says federal and state leaders need to make children’s health a priority. And she adds it’s important for children to have continuous health coverage.

“Cycling in and out of health coverage is a problem at any time of life, but it’s really harmful for children,” she stresses. “And any short period of uninsurance exposes that parent to medical debt – if a kid falls down on the playground and breaks an arm, happens all the time.”

Alker notes the increase in the rate of uninsured children is nearly three times as high in states like Texas that have not expanded Medicaid under the Affordable Care Act.

Researchers found the loss of coverage was most pronounced for white and Latino children, and suggest a climate of fear may be discouraging immigrant families from enrolling eligible children in Medicaid or CHIP. 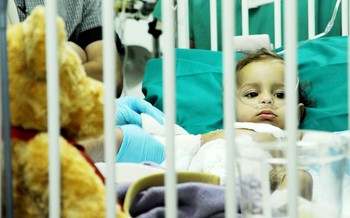