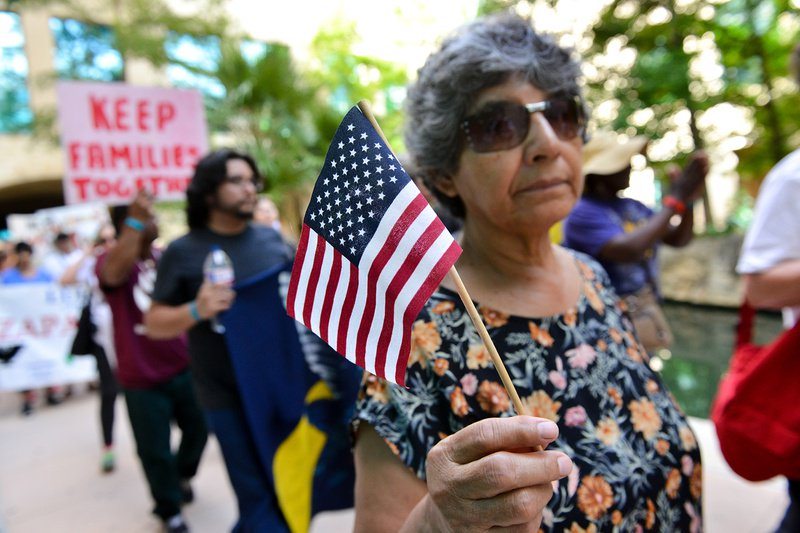 Representatives from Texas’ business, local government and higher education sectors argued Tuesday that the state’s new immigration-enforcement law, which is slated to take effect Sept. 1, could do billions of dollars in damage to the Texas economy.

Using data from the 2015 American Community Survey and the Bureau of Economic Analysis, the Reform Immigration for Texas Alliance — a group made up of 40 state-based immigrant and civil rights groups — estimated during a Tuesday press conference that the state stands to lose roughly $223 million in state and local taxes and more than $5 billion in gross domestic product under Senate Bill 4.

The law, which was signed by Gov. Greg Abbott in May and seeks to outlaw “sanctuary” jurisdictions that don’t cooperate with federal immigration officials, would also allow local police officers to ask about a person’s immigration status when they are detained — not just when they are charged with a crime.

“We estimate those costs as they relate to jobs, earnings, taxes and GDP if 10 percent of undocumented immigrants were to leave Texas,” the group said, calling that 10 percent figure a conservative estimate. The group analyzed the top 10 industries that benefit from undocumented labor and used Harvard University economist George Borjas‘ undocumented population analysis in its research, according to the methodology outlined in the study.

Supporters of the legislation argue it’s needed to prevent local law enforcement officials from providing a safety net to deportable and violent undocumented immigrants who have already been charged with crimes. But opponents — who are keeping their fingers crossed that a judge will halt the measure before it takes effect — say it’s a racial-profiling bill that’s similar to Arizona’s “show-me-your-papers” law.

The economic argument isn’t a new one for opponents of the law; several Democratic state lawmakers tried and failed to convince their colleagues of its merit during this spring’s regular legislative session. State Democrats also called for an update to a study released in 2006 by former Texas Comptroller Carole Keeton Strayhorn. That analysis showed that undocumented immigrants who lived in Texas in 2005 added $17.7 billion to the state’s economy.

In a statement Tuesday, representatives from local chambers of commerce at the news conference went after the lawmakers who championed the legislation, calling them dishonorable.

“Each of you standing with us have a big job to do,” said Ramiro Cavazos, the CEO of San Antonio’s Hispanic Chamber of Commerce. “And that it is to protect this economy for our children and our grandchildren.”

They also tied SB 4 to the state Legislature’s current debate over whether transgender Texans should be able to use the bathroom that corresponds to their gender identity. The legislation, backed by conservative lawmakers, would restrict bathroom use in schools and local government buildings to what’s on a person’s birth certificate.

The National Football League has expressed concerns that passing such a bill could affect the league’s decision to host next year’s draft in Dallas, the chamber groups said. “Similarly, professional sports players’ associations may oppose SB 4, given the diversity of their memberships, and may withhold events from Texas.”

The constitutionality of SB 4 is still being weighed in two federal courts in Texas.