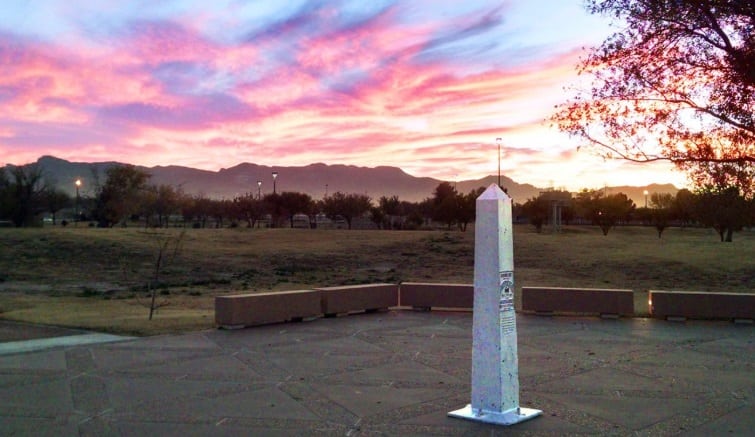 As part of a celebration set up the Chamizal National Memorial, after 50 years, former residents of the Rio Linda Neighborhood are invited to the first-ever reunion picnic, a virtual stone’s throw away from their former homes .

All residents were relocated in the mid-1960s by the United States Federal Government in order to create the new, permanent concrete channel for this section of the Rio Grand that flows between El Paso and Juarez under the terms of the Chamizal Treaty.

The Treaty was signed by the U.S. and Mexico in August 1963 and ratified in April 1964; however, the new channel did not open until December 1968.

Chamizal National Memorial Superintendent F. Gus Sanchez states, “We are happy to support and foster direct connections and reconnections with those who are part of the history this living Memorial commemorates. We are honored to provide them the opportunity to share their stories with us and the countless visitors who come here.”

Businesses, residences, and community centers in Chihuahita, Segundo Barrio, and Cordova Gardens neighborhoods were also among those relocated in order to accomplish the diplomatic measures created by Chamizal Convention which finally settled this international boundary dispute that lasted more than a century.

“Come one, come all and be part of this historic event!” invites Felipe Peralta, former resident and Reunion Coordinator.

Of his former home, Peralta reflects:

“…residents included families, friends, neighbors, and acquaintances who had histories of long personal relationships. In most cases, residents did not have an opportunity to say goodbye to individuals and groups who had lived in the same area for a long time. There were no farewell community gatherings by the residents or organized by the government as families left the neighborhood in tears.

After 50 years, it is time for residents of the neighborhood to come together and share stories since their departure from this beautiful community. Rio Linda was a place full of life with the Rio Grande River on one side, the Southern Pacific Railroad tracks on the other, and the Peyton Packing Plant on the east side. Families were very close and protective of the children who played freely in the streets throughout the day and house parties were common on Saturday nights.

Almost 99% of the students attended Hart Elementary School and Bowie High School in later years. The neighborhood had a community grocery store owned by locals and the Nite Drifters Band members resided in the area as well. It is essential to reach as many people who have fond memories of the Rio Linda Neighborhood to reunite and share those memories and to say our goodbyes, like it should have been back 50 years ago.”

Partners from UTEP’s Institute of Oral History will also be available during the event to record and preserve the memories and stories of those directly affected by the Treaty.

The free event is scheduled for Saturday, September 22, 2018 from 10 a.m. to 8 p.m. at the Chamizal National Memorial, 800 S. San Marcial Street. The reunion will take place in the South-Central portion of the park, closest to the Delta Drive Gate.

There is no cost to enter the park or for the event, but each family is asked to bring their own picnic food as well as chairs and/or blankets. There are limited covered picnic shelters with grills and tables available as well.

Park officials remind attendees that no glass containers are allowed on the Memorial grounds at any time and pets must be leashed at all times for everyone’s safety.