Typically, Monday is a day that some people dread, with the end of the weekend and start of the work week.  But here in the Sun City, Monday, March 9th was a day that the KISS Army was waiting for since the announcement the tour back in mid-November 2019.

KISS’s “End of the Road World Tour” invaded the Haskins Center, as the initial tour announcement was met with huge fan demand for added shows and Monday evening it was El Paso’s turn.

Up and down Mesa Street and around the Don Haskins Center, thousands of fans stood in line before the official opening of the concert doors, waiting to enter the arena; the multi-generational fan mix a testament to the band’s 40+ years of world tours, 44 albums and 100 million records sold world-wide.

The line for the merchandise table was long as well, as people wanted to score some limited merch of the last tour.

Young and old alike had their KISS concert t-shirts, and some were even dressed up as the singers themselves, with the trademark face paint designs of their favorite artist.

If you didn’t have a time to change to put on your some KISS Makeup, there was  no need to worry, as just down the street there was a make up artist getting those last minute fans touched up with paint before entering the arena.

As I walked around the lines of fans, I spotted a nine year old KISS fan named Jake, who sported the Gene Simmons look and wig, wearing a sharp tan color suit and tie.  I asked him what the main thing he liked about KISS, and Jake’s response,“Rocking out!” From that moment on, I knew the tone was set and El Paso was ready to rock and roll.

This being my first actual, live KISS concert, my level curiosity was sky high, and I was excited to see what the icons, who played their first show at the ‘Popcorn’ club in Queens, New York back on January 30, 1973, would here in my beloved Sun City 47 years later.

KISS has been known for their over the top, high profile live performances that include the Super Bowl and the Winter Olympics. I asked myself, “Can KISS transform the Haskins Center into KISS world for the night? Can they bring the fire, the laser lights and the incredible sound that has made KISS the proclaimed “Hottest Band in the World?, will they have us Rocking and rolling all night long?”

I would soon find out, but another rock legend was up first.

Special Guest David Lee Roth, former lead vocalist for Van Halen, rocked the crowd with a 40 minute set.  With his blue and black dazzling outfit, Diamond Dave showed off his agility with his trademark dance moves – including the high leg kick and neon mic stand tricks.

Roth sang the hits, including ‘Just a Gigolo’ and ‘Jamie’s Cryin,’ that had the crowd fully engaged and singing along.

After a 20 min intermission the stage was set, KISS logos were front and center, with two huge, home plate shaped screens on each side of the stage.

As the excited crowed looked on, the screens lit up with a view of the band walking out from their dressing room; the intro song from the 90’s Chicago Bulls blaring. Then Boom! The pyro hit – two large blasts – and the curtain drops to the floor, revealing the band standing on four pillars, slowly lowering to the stage.

KISS wasted no time, hitting the energized the crowd with ‘Detroit Rock City,’ ‘Shout it out Loud’ and ‘Say Yeah!’ Fans were treated with jammed packed set of hits, with pyrotechnics combinations that had everyone on their feet.

With every pop, bang and guitar riff, the crowd was with them every step of the way.

Beyond the music and fireworks, what made the fan connection even more real was Paul Stanley and his interactions.  He would engage with the crowd, even calling for the house lights as the cameras picked out fans for display on the big screen.

The love for the city of El Paso was certainly felt by the band, as Stanley mentioned that you don’t have to go to a big super city to feel the high energy of a crowd, “that right here in El Paso, is one of the loudest crowds they have played for.”

Some of the top performances from the night from each artist were visual and musical snapshots to last a lifetime, starting with the Icon Gene Simmons spitting out fire and blood in a sea of smoke.

Drummer Eric Singer rolling with an epic drum solo; Tommy Thayer’s guitar solo for the ages with flames followed by a huge fire ball, shooting from his guitar.

Then there was Paul Stanley, hopping onto a rope, lowered from the ceiling.  As pyro blasts from behind, he’s lifted and glides over the crowd to a small stage set right in the middle of the cheering throng.

Once settled, the stage rises and the band fires off  “I was made for loving you.”

With the concert nearing its end, confetti canons blast tons of red and white confetti into the air all over the arena (I don’t think they missed a square inch.) Then, custom white and black KISS balloons dropped from the ceiling, with the hyper crowds batting them around like a game of rock and roll volleyball.

After they rock the song ‘Black Diamond,’ the band starts to hit each side of the stage posing for those special fan photos and tossing some drum sticks to the crowd, right before heading off the stage for what some thought was the end of the show.

Gene and Tommy blast into the encore on rotating stages that glide  over the crowd from each side, then the meet in the middle and glide back to the stage. Then the classic, most favorite song (as described by the young fan Jake, earlier in the evening) ‘Rock and Roll All Night’ roars through the Haskins Center, with a firework sequence that makes me believe this is where the Professional wrestling business company might have modeled their pyrotechnic entrance packages from.

What KISS brought with their performance, their showmanship and energy, blew my expectations out of the water; further cementing KISS’s iconic place in rock and roll. Their show proves that age is just a number and that when you have a passion for something you love, it can fuel you to Rock N Roll all night long.

The ‘End of the Road’ World Tour will officially come to a close on July 21, 2021; so if you still want to catch them live, head over to their website and search for the cities they will be at next.

After Monday night, I must say that I feel very fortunate and grateful to have experienced KISS, their Army and their music at least once in my lifetime.

**To view the Photo Gallery from the concert, click here** 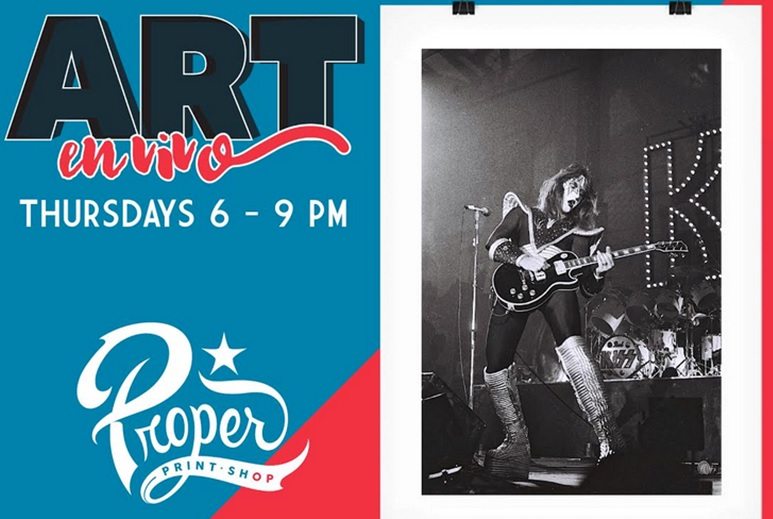