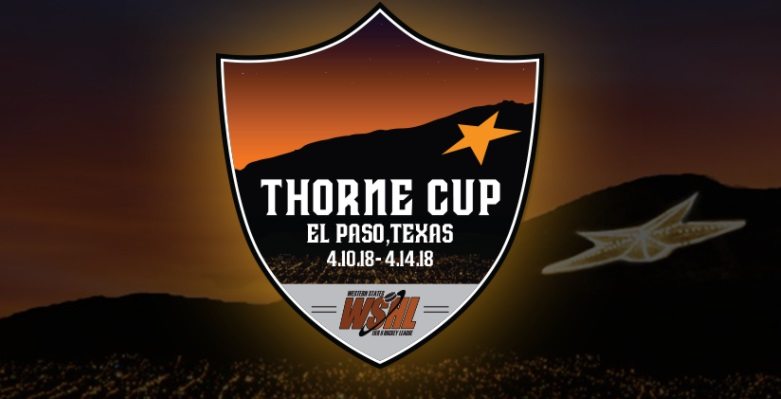 For the third time in their twelve-year history, the El Paso Rhinos have been selected to host the Thorne Cup Championship.

Succeeding Ogden, the 2017 location, the Sun City will welcome five teams from around the country for the Western States Hockey League’s annual end-of-season tournament.

Tentatively, round robin play will begin on April 10 and continue through April 12. The semi-finals will be played on Friday, April 13, and the tournament will conclude with the championship game on Saturday, April 14. As the host team, the Rhinos are guaranteed three games.

The Rhinos’ head coach, Cory Herman, explains how the franchise is looking forward to the tournament.  “We are excited to have teams from around the country experience the hospitality of the Sun City. We’re also thankful to have the support of El Paso behind us as we make a run for the Thorne Cup here in Rhino Country.”

The last time El Paso hosted the Thorne Cup, the Rhinos topped the Idaho Steelheads to win the championship on home ice. With a record of 28-1 this season, the Rhinos will look to repeat 2014’s outcome and hoist the 2018 Thorne Cup in Rhino Country. Another Thorne Cup would give the Rhinos three League titles in addition to their 2014 National Championship.

Tickets for all Thorne Cup games will go on sale to the public on March 1. More information about the schedule and the attending teams will be released near the end of the regular season.