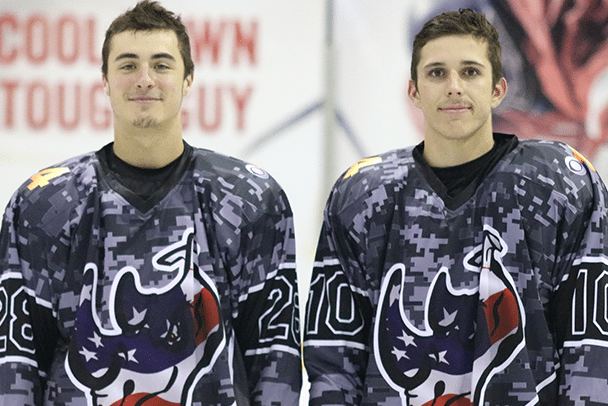 The El Paso Rhinos will put their 24 game win streak on the line this weekend, as they host the unbeaten Oklahoma City Blazers.

It is also Military Appreciation Weekend in Rhino Country, and the team will auction off game-worn Military themed jerseys on Saturday and recognize active duty service members and veterans during each game.

On Saturday, one active duty military member will shoot to win a new Ford truck, courtesy of Shamaley Ford.

With the three wins over the Phoenix Knights last weekend, El Paso earned their eighth straight sweep of the season, extending the win streak to 24 games. Not having lost a game yet, the Rhinos sit at the top of the Western States Hockey League’s Midwest Division.

Tickets start at $5 and can be purchased online or by calling the El Paso County Coliseum Box Office at 915-533-9899.