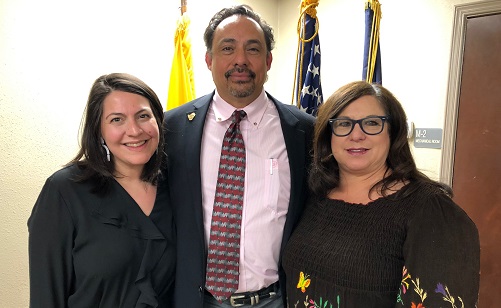 Brewster County Judge Eleazar Cano has been appointed as the new chair of the Board of Directors for the Rio Grande Council of Governments (RGCOG).

Judge Cano is a native of Alpine and recently began his second term as Brewster County Judge. Prior to running for office, Cano was a counselor at Sul Ross State University and also maintained a private practice. He also previously served as a member of the Alpine ISD Board of Trustees, as well as a member of other local non-profit boards and organizations.

After being sworn in as chair, Cano shared a few words with those in attendance at the RGCOG’s monthly board meeting. “I want to be an active chair and my office has an open door policy, so if there’s anything I can do for you, please don’t hesitate,” said Cano.

The terms for all three board officers run through October of this year.