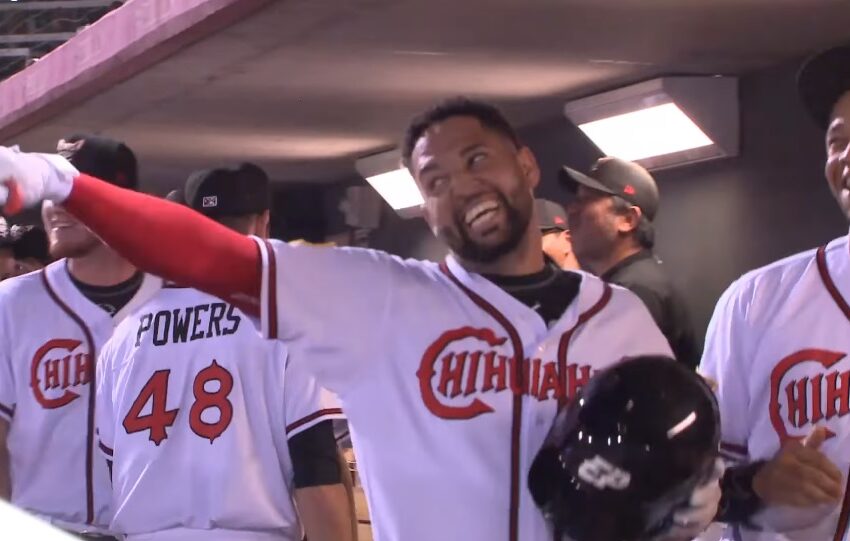 All Smiles! In his first AB back in El Paso, Webster Rivas hits a pinch-hit go-ahead HR that ended up being the game winner. | Clip courtesy EP Chihuahuas

A pinch-hit home run by Webster Rivas in the bottom of the eighth inning Monday gave the El Paso Chihuahuas a 1-0 win over the Albuquerque Isotopes.

It was the Chihuahua’s first pinch-hit homer since Jason Vosler’s in a home game against Oklahoma City on June 15, 2019.

Daniel Camarena left the tying and go-ahead runs on base in the ninth inning to secure the second save of his professional career.

The Chihuahuas have won three of the first five games of the series. Monday was El Paso’s fourth shutout of the season.