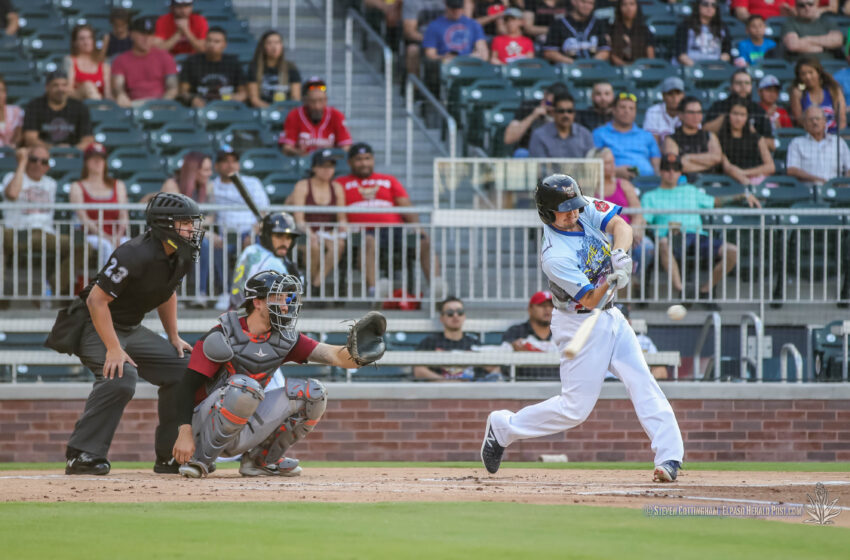 The El Paso Chihuahuas and Sacramento River Cats had a real pitcher’s duel going through the first four innings and then it turned into a comedy of errors that left the River Cats laughing the hardest, en route to a 8-4 win.

It was just one of those games for the Dogs that unfortunately ended in their third consecutive defeat.

The game took its first turn in the 4th inning when Sacramento left fielder Austin Slater scalded a ground ball toward the shortstop, who had left to cover second base as center fielder Steven Duggar was stealing second.

The ball made it through the infield and to Chihuahuas left fielder Shane Peterson who charged the ball and missed it. As Peterson turned to recover the ball, Duggar scored and Slater landed at second base.

A couple of Sacramento singles later, the Cats piled on a couple more runs — 3-0, Sacramento.

The Chihuahuas pitchers settled down after that and their bats actually came alive in the 7th inning. Peterson singled to right field and wound up at third base after a double by outfielder Forrest Allday — runners on second and third.

Pinch hitter Allen Craig is called in and gets the Dogs on the board with a two-run single. El Paso managed to tie the game on a Luis Urias single and an error on the center fielder.

Still in a tie game, the Chihuahuas batters went up to hit with a renewed sense of confidence. Peterson battled his way to first on a walk and up came infielder Javy Guerra, who had turned in some remarkable defensive plays. Guerra pummeled a pitch to right center field wall to score Peterson and slowed down at second base.

The Cats center fielder threw it to the shortstop before throwing it to catcher Trevor Brown and then Guerra gets to second base. Brown was standing between the mound and third base when he realized that Guerra had nonchalantly walked toward third from second. He was tagged and called out as the crowd was trying to figure out what they had just seen.

Regardless, it was going to be a Chihuahuas’ win going into the 9th inning and all that stood between that were three outs. Instead, Sacramento scratched their way back with a five-run inning and silenced the Chihuahuas with a strikeout and game-ending double play.