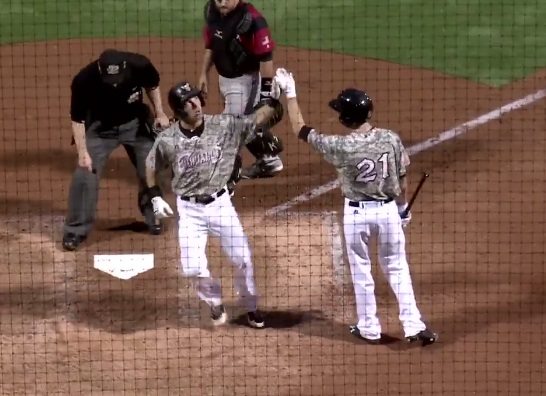 The El Paso Chihuahuas hit two home runs Monday but lost to the Sacramento River Cats 4-2. It was the first of 16 meetings between the two teams over the rest of the season.

Christian Villanueva launched a high home run onto the Peter Piper Pizza Porch in the bottom of the first inning, his 10th of the season for El Paso. After Sacramento tied in the fourth with a solo homer of its own, the Chihuahuas went ahead 2-1 when Dusty Coleman hit a solo home run against the batter’s eye in center field.

Sacramento took advantage of three El Paso sixth inning walks issued, as Ali Castillo cleared the bases with a three-run triple to put the River Cats ahead to stay 4-2.

Lefty Dillon Overton allowed one run in five innings and picked up his first professional hit in his Padres organizational debut Monday.