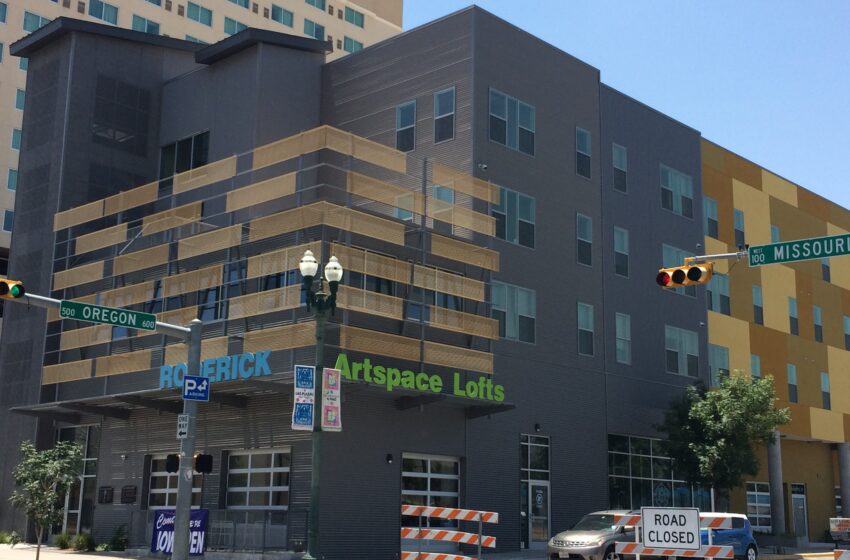 El Paso’s Roderick Artspace Lofts, a partnership of the El Paso Community Foundation and Artspace Projects, Inc., has received an Award of Merit from a leading trade magazine.

Builder and Developer magazine announced the award for the Roderick Artspace Lofts in the category of “Best Affordable Housing Community for 60 to 100 dwelling units per acre.” It is one of four top vote-getters in the category, and one of only five Texas projects among the nearly 200 award winners from around the world.

“The El Paso Community Foundation is thrilled with the award, which reflects a commitment to quality exhibited by every member of the team,” said Eric Summerford Pearson, President and CEO of the El Paso Community Foundation.  “This award should really be dedicated to Chris Cummings and Katherine Brennand, whose vision brought the idea of the development forward.”  Chris’s father, Chris Cummings, Sr., gave the land where the Roderick Artspace Lofts is located.

The Roderick Artspace Lofts, located at 601 N. Oregon, were built by Jordan Foster Construction and was designed by Matthew Meier and Bill Helm, a partnership of HHL Architects from Buffalo, New York, and Las Cruces-based ASA Architects.

Mr. Helm has since formed his own architecture firm, In Situ Architects in El Paso.

The artists lofts were named for the Roderick Family and its generations of philanthropy through the El Paso Community Foundation.  The lofts opened in January 2017.

In addition to housing artists of various media, the Roderick’s commercial spaces include Fab Lab and the Nomu Café.