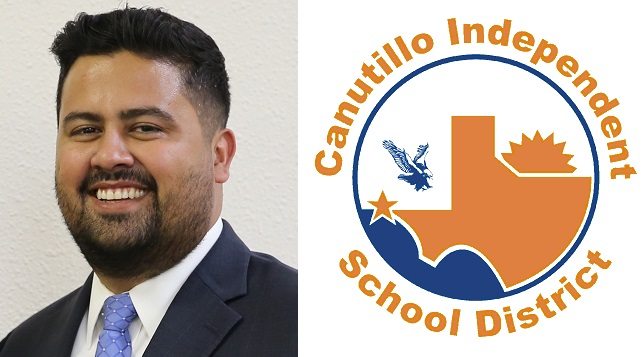 Armando Rodriguez, a member of the Canutillo Independent School District Board of Trustees, has been elected as President of the Mexican American School Board Members Association (MASBA).

Rodriguez recently served as board vice-president and president elect before becoming the first member from the El Paso region to be elected president of MASBA.

MASBA is recognized by the Texas Education Agency and provides continuing education to Texas school board trustees. The organization aims to help school board members come together to find solutions, discuss legislation and current affairs as it relates to education and the Mexican-American culture. Rodriguez says their mission is to advocate for top quality public education for all the children of Texas.

“We are invigorated by issues affecting minorities and I have a heart for our students’ needs,” Rodriguez said. “I decided to take action by getting involved so our students’ voices are heard and addressed.”

A graduate of Canutillo High School and the University of Texas at El Paso, Mr. Rodriguez is a business development specialist with Venegas Engineering Management and Construction.