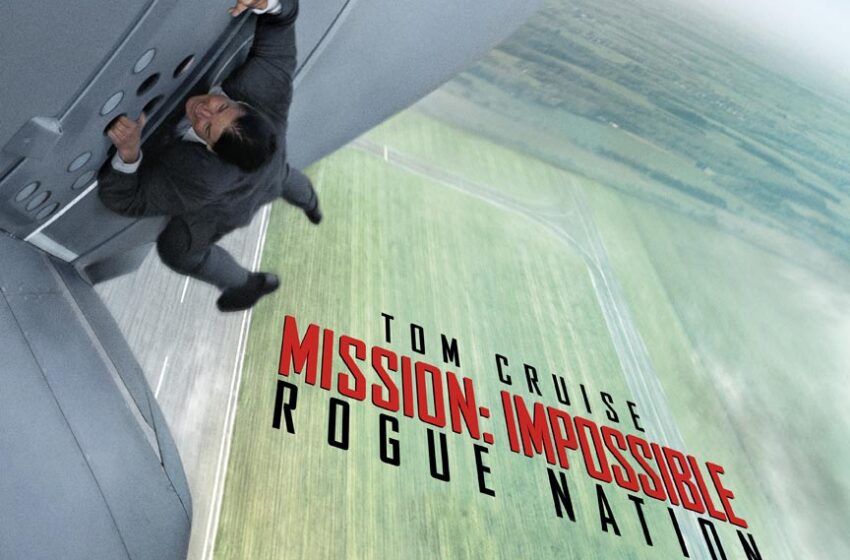 The Mission Impossible franchise, now unbelievably 19 years old, has kept moviegoers at the edge of their seats, with Tom Cruise at the steering wheel. Incredible scenery, beautiful women, not to mention incredible stunts, great timing and “good over evil,” in plots to simply save the world. These films are the perfect vehicles for summer and Christmas releases at the box office, where the cash registers ring!

In the 5th installment,” Mission Imposible- Rogue Nation,” Ethan Hunt, the ultimate IMF agent, is once again working to save the day as he manages to stop a large plane from delivering big time ammo. Credit where credit is due here as Cruise still does all of his own stunts, so the opening scene is exciting, but not too over the top, which is probably what you need in an opening scene.

Fast forward to Washington D.C., where CIA operative Alec Baldwin is asking a very important committee to do away with the IMF, citing irresponsibility on the part of the team, that usually consists of Jeremy Renner, the much needed “Benji,” played charmingly by Simon Pegg, not to mention Ving Rhames. Yes, it’s over and following a strange interlude in a London record shop, Ethan Hunt, realizes that he has to prove his might to fight what is called “The Syndicate,” and keep the grit and wit of the IMF alive.

The team manages to reunite for victory, but enter Ilsa, played by actress Rebecca Ferguson, who can hold her own with any secret force, and never truly lets on as to whose side she is on, until she does. She is not your typical “bond girl,” as she expertly handles high powered weapons and her fists up against the toughest criminals. She protects Ethan, but the chemistry is not there, which would have lent a little more excitement.

The film was written and directed by Christopher McQuerrie, who is now in Cruise’s production posse, having directed him in “Jack Reacher,” and “Edge of Tomorrow.” He takes the story to some incredible locales, including a very well lit London, a smashingly good car/motorcycle chase in Casablanca, and the Opera House in Vienna. Always a standout is the

This is a good movie, but it followed a familiar formula, and I knew what to expect. There were no real surprises. One could also say there were “homages” to other films, including the Opera scene in Austria that was a “cookie cutter,” imitation of the very tense, electrifying moments of Alfred Hitchcock’s “The Man Who Knew Too Much.” That was the problem. I felt, as exciting as most moments were, that I had seen them before. That means, not a lot of charm, except for Simon Pegg, not a lot of sex appeal or walking away saying, ” Wow, did you see that? ” I can’t “spoiler alert,” this film because again, there were few surprises.

I think the producers, including Cruise and even J.J. Abrams would be wise to leave the Mission Impossible package alone for now. The end did not really cry out for a sequel. The film will probably do very well at the box office, especially rated PG-13 up against “Vacation,” which I refuse to see that is rated “R.” So, if Mission Impossible ends with a “bang,” that will be the biggest victory for the IMF and the Rogue Nation.