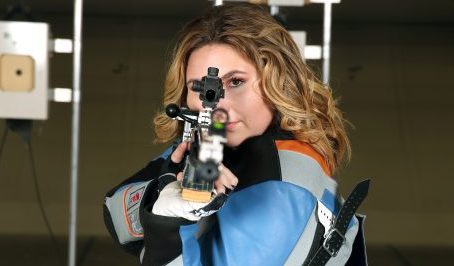 “A two-day competition can be mentally draining to any athlete,” UTEP head coach Austin Litherland said “Today showed that mental fatigue. This week we will work on gaining that fortitude before our next match this upcoming weekend.”

Sophomore Samantha Miller made the most of the match, establishing season highs in smallbore (560), air rifle (577) and aggregate (1137). Senior Maranda Nelson finished with an aggregate of 1132, compiling 557 in smallbore and 575 in air rifle.

Freshman Morgahn Warner recorded an aggregate of 1132, turning in identical marks of 566 in both smallbore and air rifle. Fellow classmate Josephine John competed only in air rifle, producing her second-highest score (575) of her career.

UTEP will have a quick turnaround as it returns to action at home against Nevada at 8:30 a.m. Saturday. Admission to the match is free.