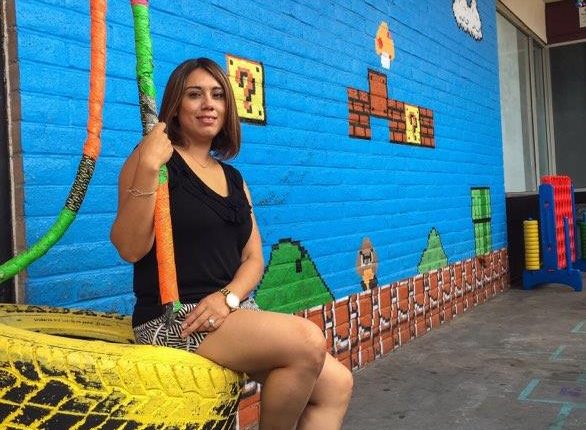 In a time when technology offers virtual reality and the likes of Pokémon Go, the retro feel of an arcade is making a comeback in a life-sized obstacle course designed to be the world’s first Arcade 5K run.

Rubiks Arcade Bar is organizing the Arcade 5K Retro Run with Wet-N-Wild on August 28, an event Rubiks owner Mariana Macias says is to promote an active lifestyle and show that they are not just another bar.

“We want to show the El Paso community that Rubiks is more than just a bar, we’re different, especially with the arcades,” Macias said. “We

wanted to add that aspect to it, now a days a lot of bars have a reputation for only caring about how drunk people get and that’s not what we’re about. Now we’ll have a kitchen open, we allow people of all ages on Sundays, kid day. We want to give something back to the community, what better way than to have a fun 5K run.”

The run will feature obstacle courses themed like many of the arcade games Rubiks has to offer, the likes of Donkey Kong, Pac-Man, Mario Bros. will all be on display.

Rubiks partnered with Jacqueline Dubow of Dubow House Creative Services and Wet-N-Wild.  Dubow has helped organize other events such as the Neon Paint Party (also with Wet-N-Wild) now takes on a project she said came to her by mere fate.

“Something I really enjoyed about Mari (Macias) when I first met her is that they genuinely want to do something for the community, it wasn’t about making money, it’s about more to this place than just being a bar,” Dubow said. “That ties back to what I want to get out of it, I enjoy creating experiences. I think people are going through rough times and when you enter an event, you get to leave whatever your reality is behind. I really enjoy seeing people happy.”

Community involvement is something Macias said has been a goal in operation with Rubiks, with 75 arcades on display, expanding their hours in addition to the kitchen, gives the bar the opportunity to do just that.

“We really hope the community sees how different Rubiks is compared to other bars and that we are family oriented, even though we’re only open to kids on Sundays,” Macias said. “Now that we launched our kitchen we will be changing our hours and our age limit.”

The event wouldn’t come to life without someone designing the course and that’s where project manager, Paul Pacillas, comes into the picture. Jerry Castellanos, of 915 Live, is the Production Manager while Pacillas is the project manager/event coordinator.

“I took a call from Jacque Dubow asking me if I had any interest in putting on a first of its kind fun-run event. She basically gave me the details, video game themed with multiple levels, players would get to interact in the games all while running a 5K, of course I’m not going to say no to that,” Pacillas said. “It’s a pretty cool idea, to be able to immerse into a video game that I grew up playing is a pretty awesome idea.”

Pacillas also said people should expect participants to be interactive on the run in a course that will have many of the video games that were popular in the late ‘80s and early ‘90s, hoping people can appreciate the early video games.

Participants will collect coins during the run to be redeemed for prizes at the end of the race.

“It’s amazing, at the beginning it was just an idea. I didn’t know the possibilities of it and how big it could become,” Macias said. “The more we work on it, the more I notice people getting excited about it. It’s a great feeling to talk about it to other people and people coming up to us to tell us how excited they are for this run.”

“We want to do this annually, if it all goes well this August, then we are going to partner up with Wet-N-Wild and Dubow House and start the next one in May,” Macias added. “Hopefully if the community supports us, this will be an annual thing.”

The cost for registration is $30 for individual runners or walkers and $100 for a four-person team or $200 for a team of 10. Registration can be completed at www.arcade5k.com

The fee includes admission into Wet-N-Wild once the race concludes. A portion of the proceeds from the run will be going to El Pasoans Fighting Hunger Food Bank. T-shirts for runners are an additional $5.