Rusk and Hart Elementary School students are getting their steps in, and this time it’s not just for fitness.

Thanks to the UNICEF Kid Power Program, Rusk students are provided with a special band that helps them keep track of their steps and earn Kid Power Points. In return, for each mile walked, UNICEF donates life-saving therapeutic food packets for malnourished children around the world.

“I’ve never seen them so energetic,” Rusk Active Learning Leader Alma Sanchez said. “It’s been such a positive force for these kids.”

Sanchez applied last year for the grant to bring the program to Rusk, receiving 30 trackers and tablets to sync them a few weeks ago. She knew it would be a great way to motivate the students.

“They were excited when I handed out the bands,” Sanchez said. “I love it because it moves them, and it made them very empathetic to the suffering of other children. I challenge them to feed more kids everyday.”

She hands out the trackers to students in the morning, and syncs and sends the information to UNICEF through an accompanying app in the afternoon.

“I sync them and the app tells me how many steps total the students earned and how many children they have helped,” Sanchez said.

So far, the “Fast Moving Eagles,” as Sanchez dubbed them, have earned more than 555,000 steps and helped make a difference in the lives of 15 children.

Rusk is not the only one getting in on the action. Students at Hart Elementary are accruing steps for UNICEF.

Hart coach Darcy Hoggan has seen a noticeable difference in the way students participate during P.E.

“This is getting the students to move a lot more. I like it,” Albert said. “I get to do two things that I like, which are moving and feeding kids. I hope they can do this at other schools.”

Student Haylee Olivas pushed herself, earning more than 13,000 steps the same week. She hopes her efforts will have an impact for children in need.

“I thought it was pretty cool. I was excited because I have never tried anything like this before,” Haylee said. I felt happy and proud of myself because there are kids who are hungry. It’s nice to be able to help feed other people. 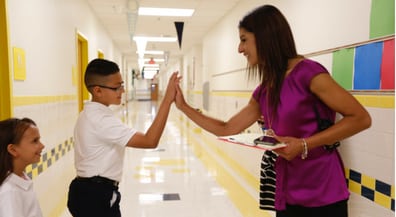 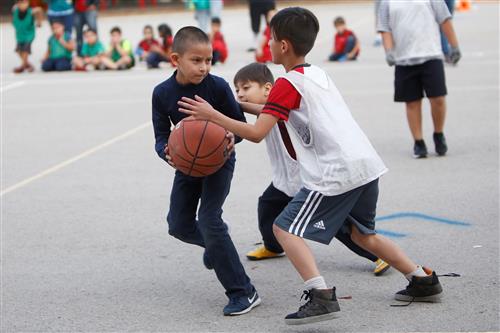