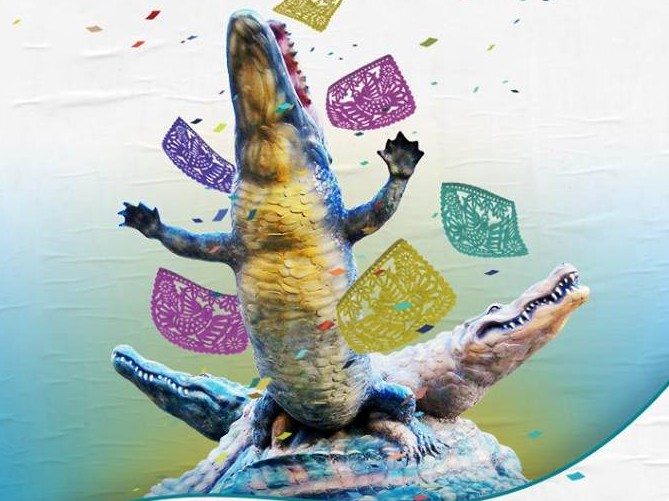 According to a flyer released Friday by the Downtown Management District (DMD), the much-delayed and behind schedule San Jacinto Plaza is set to open on Saturday, April 16th.

The public release of the informational flyer by the DMD on their facebook page and on April 1st had some thinking that the announcement was some sort of April Fool’s Joke. According to broadcast media reports, the city is set to have a news conference on Wednesday to announce further details.

The centerpiece project of the 2012 Quality of Life Bonds has been controversial, due to the length of the project and its multiple delays.

From changes in the management of the project, to tree root damage to a problem with the cabling for the canopy, work on the project seemed to stretch longer than anyone anticipated.

Crews first turned soil on the project nearly two years ago, at that time the target date for completion was February of 2015.

Community members were upset with the loss of the venue during the Christmas Season,

where the tree lighting was traditionally held.

It was just over a month ago that the canopy was finally hoisted into place and the newly-restored gator sculpture returned to the center of the Plaza.

The Plaza has been the center of the city, right from the start, with several renovations over the site’s 130-plus year history.