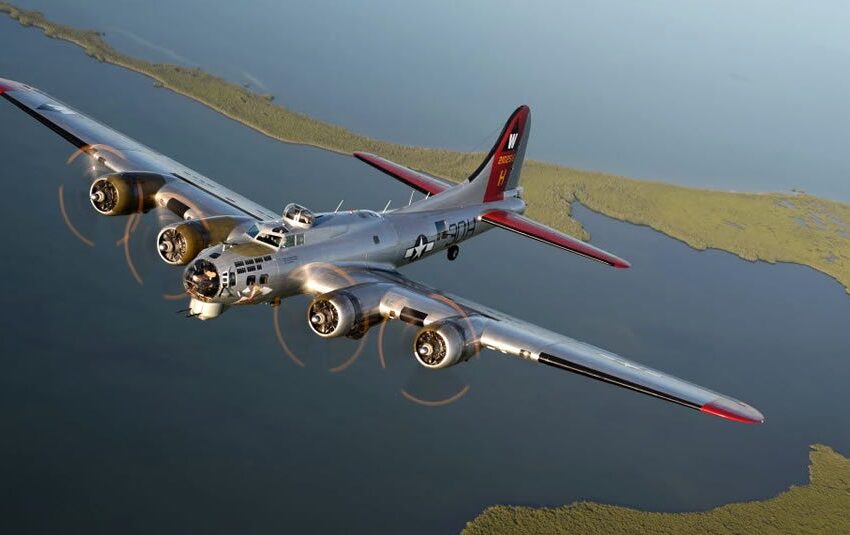 The iconic World War II airborne image of the legendary B-17 bomber will come to life January 20-22 at the Doña Ana County International Jetport at Santa Teresa.

Aluminum Overcast, a B-17 owned and operated by the Experimental Aircraft Association, will be treating paying passengers to flights from the Jetport, with proceeds benefitting EAA Chapter 1570.

The B-17 has a remarkable story filled with daring missions and personal sacrifice, and Aluminum Overcast has been painstakingly refurbished to show off passengers and gawkers alike the grace and power of the WWII workhorse.

To aviation historians, the B-17 is more than just an airplane. It is living history that holds a tangible connection to the past and is the most revered American image of America’s air supremacy during WWII.

“Today, the aircraft serves as a tribute to those known as The Greatest Generation,” said Jetport Manager William Provance. “It is a powerful flying memorial to the bold men and women who built and served on the heavy bombers in the 1940s.”

To relive the story and join the flight, Provance advises people to reserve their flights now by visiting B17.org or calling 1 (800) 359-6217.