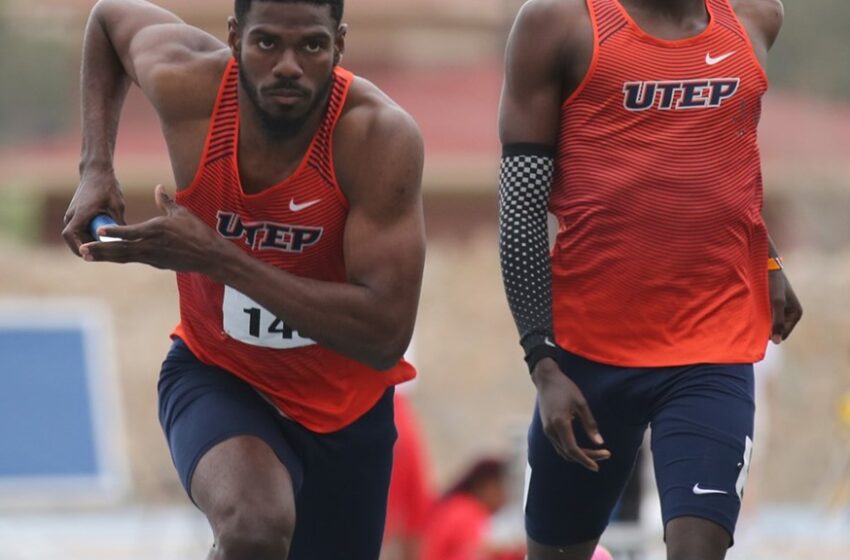 Albuquerque, N.M. – UTEP’s sophomore Michael Saruni highlighted the day with a 400m time of 45.42 at the Don Kirby Tailwind Open on Saturday afternoon.

“This was an early season meet for us in terms of the team’s performance,” head coach Mika Laaksonen said. “We are mid-way through the outdoor season and have a lot of work to do in a short amount of time before the conference championships.”

Saruni’s time is the sixth fastest this year in the world and currently ranks no. 1 collegiately. The All-American moves up to the no. 5 spot in the program’s all-time list. He was followed by teammate Asa Guevara, who clocked in a personal-best 45.75 to finish second overall. Guevara’s time ranks third in the nation.

Newcomer Shakeem Smith competed in the 110m hurdles where he clocked a personal-best time of 14.19. His time ranks seventh in the program’s all-time list. David Rivera clocked a time of 15.13 to finish eighth overall.

Antony Kosgei, Boaz Ronoh and Cornelius Kapel all registered personal bests in the 3,000m run. Kosgei led the Miners with a time of 8:51.72 to finish in second place. Kapel (8:58.74) and Ronoh (8:59.60) finished fourth and fifth overall, respectively.

Freshman Benjamin Coronado notched a silver finish in the discus throw with a toss of 41.43m (135-11). He followed that performance with a third-place finish in the shot put throwing the iron ball out to 13.98m (45-10.5).

Former Miner Mickael Hanany competed in the high jump notching a first-place finish. He registered a leap of 2.16m (7-01).

On the women’s side, freshman Annette Bolomboy had a big showing for the Miners. Bolomboy garnered a first-place finish in the 200m posting a personal best of 24.90. She returned to the track in the 400m, where she crossed the finish line at 56.30 to take third overall.

The Miners swept the 400m with Madison Gibson (56.01), Dreshanae Rolle (56.14) and Bolomboy taking the top three spots. All three student-athletes along with Lucia Mokrasova ran a 4x400m relay time of 3:45.80 to finish first overall.

Senior Tyler Ragin used a great start in the 100m to clock a personal best of 11.92 to finish second overall. She would return to the track in the long jump where she garnered a fourth-place finish with a leap of 5.79m (19-00).

Former Miner Yanique Bennett took first in the 400m hurdles clocking in a time of 59.58.

The UTEP track and field team will return to action on April 13-14 for the Texas Team Invitational in Austin, Texas.