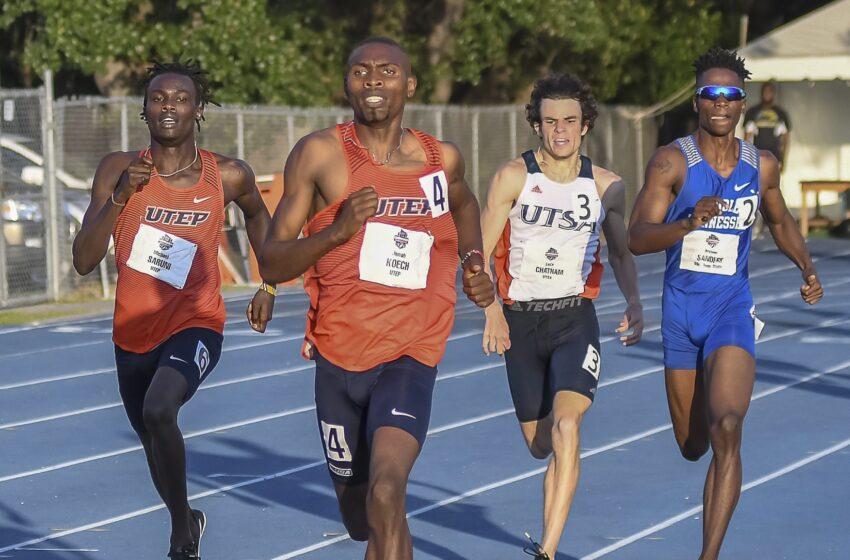 UTEP’s Michael Saruni and Jonah Koech head to the pacific northwest for the 2018 NCAA Outdoor Championships in Eugene, Oregon, on June 6 through 9.

This will be the second consecutive appearance Saruni at the NCAA Championships. Last year, the sophomore finished eighth overall after colliding with former teammate Emmanuel Korir. The Kenya native has since then improved over the season, claiming the NCAA Indoor title in the 800m by clocking the No. 2 time in NCAA history at 1:45.15.

Koech will make his second career trip to the national stage in the 800m. During his freshman year he finished ninth overall on the way to earning second team All-American honors. Koech captured the Conference USA indoor title in the mile while placing second in the 800m, tying Saruni with 18 points scored.

The junior notched two conference outdoor titles, doing so in the 1,500m and pulling a surprising upset over Saruni in the 800m, to lead the Miners with 20 points.

Both Miners will compete in the first heat of the semifinals on Wednesday at 7:15 p.m. MT. There will be three heats of eight runners; the top-two finishers from each heat will earn an automatic spot in Friday’s final with the next two best times completing the final field of eight runners.