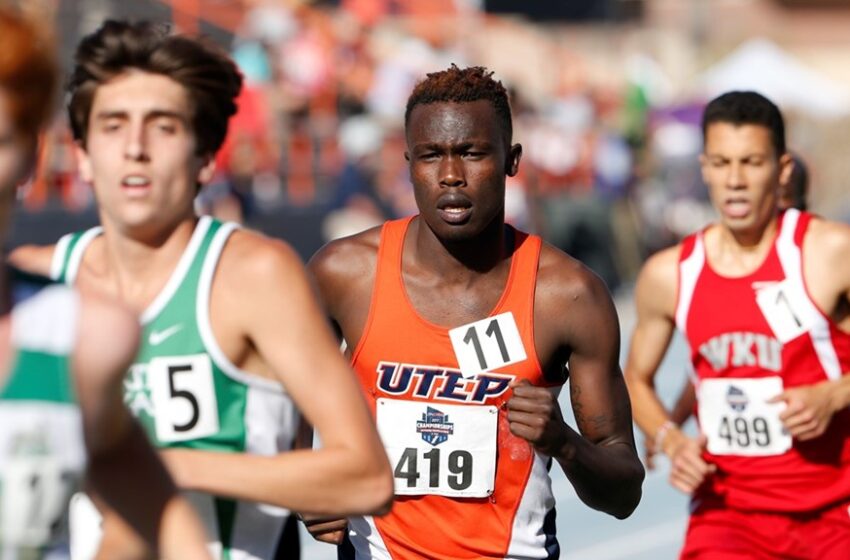 In his second year in the Orange and Blue, Michael Saruni has established himself as one of the greatest 800m runners in NCAA history and has been named to his fifth Bowerman Watch List honor, it was announced by the U.S. Track and Field and Cross Country Coaches Association on Thursday.

Saruni has been the headliner for the Miners during the 2018 season, after registering a world record 1:14.79 in the 600m during the indoor season. He made his return to the national stage in College Station, Texas, for the NCAA Indoor Championships running a winning time of 1:45.15 and solidifying his spot at No. 2 NCAA All-Time Best in the 800m.

The sophomore sensation made history during the outdoor season at the Desert Heat Classic, breaking the NCAA 800m record previously held by Donovan Brazier (1:43.55, Texas A&M) with a time of 1:43.25.

Over the course of the season, Saruni has been named to the watch list five consecutive times. He is the second-most voted athlete on the watch list behind Grant Holloway (Florida), Josh Kerr (New Mexico), Justin Knight (Syracuse) and Ioannis Kyriazis (Texas A&M), who all have six straight appearances.

He joins the ranks of Miners who have made appearances on The Bowerman Watch List including, Blessing Okagbare (2010), Anthony Rotich (2014, 2015) and Emmanuel Korir (2017). Okagbare was named a finalist during her senior season and Korir made the semi-finalist cut last year.

Saruni is scheduled to compete in the 800m at the NCAA West Preliminary rounds on May 24-26 in Sacramento, Cailf.